With the Mega Millions jackpot up to a whopping $1.6 billion, coworkers, friends and families all around the country are surely participating in lottery pools. That’s where players share the cost to buy a greater number of tickets and, impossible as it may seem, split the huge jackpots.

But the worst case scenario, should your pool win, is that greed can take over. Winning the lottery can be a messy affair, and one or more players may try to shut the others out after discovering your pool has the winning numbers.

If you happen to be a part of a lottery pool who wins, here are some practical steps to make sure everyone gets their fair piece of the pie.

Make photocopies of the tickets

According to Rubin Sinins, a New Jersey civil and criminal lawyer, the easiest way to avoid any confusion is to be organized.

In 2009, he represented five New Jersey construction workers against their coworker Americo Lopez, who tried to cheat his lottery pool out of a $38.5 million Mega Millions jackpot that the group won. Sinins won the case and the five men took home $2 million each after taxes and lawyer fees.

“People who are getting into a pool should understand while it’s often a lark and obviously the odds are against winning, it’s very serious business because you’re talking about substantial amounts of money,” Sinins tells TIME. “So if you are in a pool and tickets are pool tickets, if they can be copied before hand that would be optimal.”

Criminal and Civil Litigation Attorney Jason Kurland, also known as the “lottery lawyer,” agrees. He said he has represented cases where people spend years fighting over jackpots won in an office pool.

Kurland said the most common problems in office pools are when regularly contributing people, who weren’t there when money was collected for the winning tickets, argue that they still deserve a share. He said problems arise when coworkers think there is an understanding that everyone in the office was going to split the winnings or there is confusion over who put money into the pool.

“This amount of money changes people,” Kurland said. “In a perfect world, there would be contracts for this stuff, but it’s impractical. So, at the very least, the person buying the tickets should photocopy them, scan them and send an email to the group simply stating: ‘these are our tickets, these are the people in our group, everyone paid, if we win a small amount we’ll roll it into the next drawing.'”

Pick a leader, and make sure you trust them

Kurland suggested picking a leader for the group, both to organize responsible buying and in case the pool wins.

Kurland said if the pool hits the jackpot, then the leader should be responsible for hiring a lottery lawyer. They should also be the point person in claiming the ticket and, after all the expenses are paid, making sure everything gets split up evenly.

In most lottery pools, there is usually one person who takes responsibility for purchasing the tickets. But, they might also decide to purchase individual tickets to increase their odds. If they win, it might be hard to tell if it was their personal ticket or the group’s.

“If it’s not done right can be a disaster,” Kurland said. “You can look at cases where there is a ‘leader’ collecting all the money, buying tickets and if not done right, that leader might win on their own ticket and no one in the pool will believe them. It’s pretty scary especially in states where it’s an anonymous winner, no one is going to know if the tickets aren’t photo copied. Even if you’re a member of the pool, you need to know what the numbers are going into the drawing.”

What to do if you think you’re being scammed

Kurland said if you’re part of a winning pool and suspect wrongdoing, you should contact the lottery commission.

“All of these lottery commissions have independent investigators. So, if you feel like something fishy is going on in your office pool, then you should report it to the lottery commission as soon as you can because they’ll have that information and conduct an investigation,” Kurland said.

Sinins said that ultimately lottery pools don’t need to be complicated as long as participants are well aware of who is part of the pool and that there is a trust among participants.

“Basically if you join a pool do it with your eyes open and understand that it is potentially a very serious endeavor because of the consequences and you certainly don’t want a dispute to arise,” he said. “Money is often the cause of disputes among people whether friends, family or coworkers. And when you add over a billion dollars, emotions would run high to say the least.”

Is it even worth participating in a lottery pool?

“When someone goes around the office collecting, you don’t want to be the one person who didn’t contribute,” Kurland said of office pools. “You kind of don’t have a choice. It’s the ultimate peer pressure.”

He said one of the pros of playing the lottery in a pool is if your group gets lucky, it can make the spotlight less bright. Sudden fame tends to be a problem for winners.

“If a group wins, it takes the pressure off of a single winner,” he said. “It alleviates the stress level of one person claiming it and the whole world looking at that person. It’s now a group that won. They just remember the group, not the individual person.”

Sinins said, for the most part, joining a pool is more of a bonding experience than a strategic tactic to win the lottery.

“A lottery pool, office or otherwise, is a fun way to have a rooting interest in a particular lottery,” he said. “There’s often camaraderie in these pools, whether among friends or workers or family in that regard. Is it smart? It certainly is fun. And if you win it’s definitely very fun.” 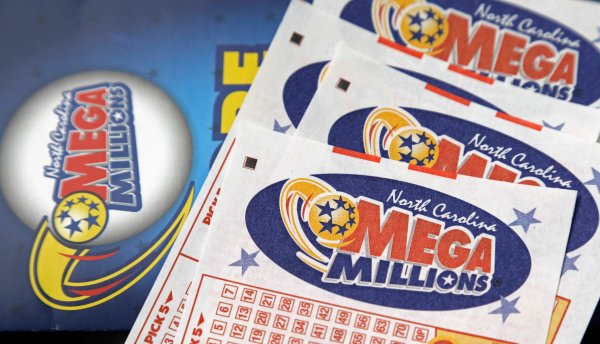 What You Know About Lottery Winners Is Likely Wrong
Next Up: Editor's Pick