The world’s longest sea-crossing opened in southern China on Tuesday morning in an architectural and political feat that spans 34-miles and links Hong Kong, Macau and the mainland.

After two years of delays and reportedly more than one billion dollars over budget, the mega-bridge was inaugurated by Chinese President Xi Jinping in an opening ceremony in Zhuhai.

Made from over 400,000 tons of steel, the bridge connects the financial hub of Hong Kong, the gambling enclave of Macau and the southern mainland Chinese city of Zhuhai across the Pearl River Estuaries. It consists of a four-mile underwater tunnel, two artificial islands and 14-miles of oversea bridge.

The exact cost of project has not been disclosed, but Hong Kong invested $15.3 billion into it, the South China Morning Post reports.

Officials have billed the bridge as a conduit to boost trade and tourism between the western Pearl River Delta and China’s southern provinces, a key manufacturing region. The bridge, one of the world’s longest, will shrink commute times between the three cities.

But critics call the project a white elephant. Dubbed the “bridge of death” by some local media, the construction was dogged by corruption allegations and reports of workers’ deaths. Some also see the project as an indication of Beijing’s territorial assertion over the semi-autonomous cities of Macau, a former Portuguese colony, and Hong Kong, a former British colony.

General traffic will be permitted to begin crossing the overpass on Wednesday. 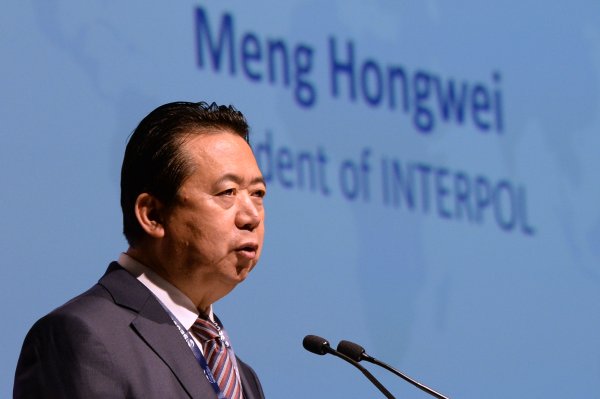 Wife Of Ex-Interpol Chief Held By China Fears He May Be Dead
Next Up: Editor's Pick