A woman holds a poster as protesters gather near the Eiffel Tower in support of the 'March For Our Lives' movement in Paris, France on March 24, 2018.
Christophe Petit Tesson—EPA-EFE
By Casey Quackenbush

A French student was charged Sunday with aggravated violence after a video captured him threatening his teacher with a fake gun, Agence France-Presse reports.

The video, allegedly taken by a classmate, shows the 15-year-old boy standing over his teacher at a high school in the southeastern suburb of Creteil. The teen proceeds to brandish an air gun as he demands the instructor mark him present.

“You’ve marked me absent. Mark me as present,” he says in the video while aiming the fake weapon at the teacher’s head.

The video, which was posted to social media, prompted outrage among French politicians. President Emmanuel Macron said threatening a teacher was “unacceptable” and called on his ministers to take “all necessary measures” to prevent another episode.

When the student appeared at the police station on Friday with his father, he reportedly admitted to pointing the air gun at his teacher, but said it was meant “as a joke,” AFP reports.

The teacher filed a police report about the incident.

French officials have vowed to assemble a high-level meeting next week to tackle school violence in low-income city suburbs.

France, while victim to several terrorist attacks involving gun violence in recent years, does not experience the same degree of school shootings seen in the U.S. 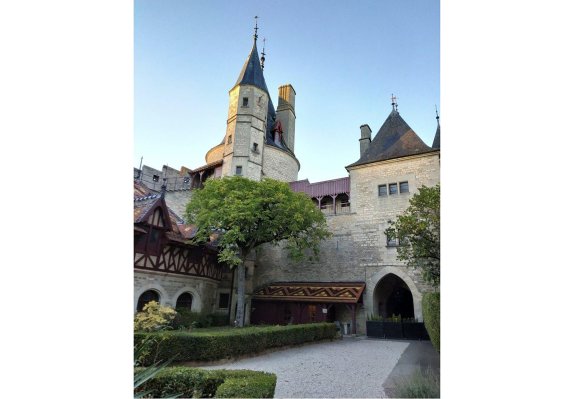 A Ukrainian Who Faked His Own Death Was Recently Found Living in a Castle with a Rolls Royce
Next Up: Editor's Pick