Winter Is Predicted to Be Milder This Year for Most of the Country. Here's What to Expect Where You Live

While the current spell of unseasonably cold weather might have you fearing the worst this winter, the NOAA’s Climate Prediction Center’s outlook from December through February is anticipating a milder winter for much of the U.S., according to their forecast released Thursday.

The balmy prediction is due to the roughly 75% chance of an El Niño developing. An El Niño is an irregularly occurring atmospheric event caused by the development of a warm band of ocean water off the Pacific coast of South America. This change in sea surface temperature has a wide range of effects on seasonal weather patterns across the globe, but in the U.S., an El Niño typically means warmer winter temperatures, and higher levels of precipitation in certain regions of the country.

Here is what to expect this winter where you live, according to the NOAA Climate Prediction Center:

The Northwestern region of the country will enjoy the highest probability of warmer temperatures this winter. The precipitation outlook will be average, save for Montana, which is likely to see a decrease in snowfall for the season.

While the region is notoriously proud of its ability to withstand the cold, the Midwest and Great Lakes Region are likely to enjoy a warmer winter. Michigan, parts of Wisconsin, and the Chicago area should also anticipate a less snow, rain and sleet, as well.

While the South will likely see average seasonal temperatures, wetter-than-average conditions are anticipated across the entire region, from Texas to the Mid-Atlantic states. Northern Florida and southern Georgia are the most likely to see higher levels of precipitation.

While warmer temperatures are anticipated in the Northeast, the region is likely looking at a more typical season, with average precipitation levels expected.

Currently the central Rockies and the Four Corners region are experiencing a drought, but above average precipitation levels this winter may alleviate conditions in northern Arizona and New Mexico. Unfortunately, Colorado and Utah may not be as lucky, where drought conditions are likely to persist.

While winter in the Aloha State is already pretty pleasant, Hawaii has a high probability of experiencing an even warmer and drier season this year. 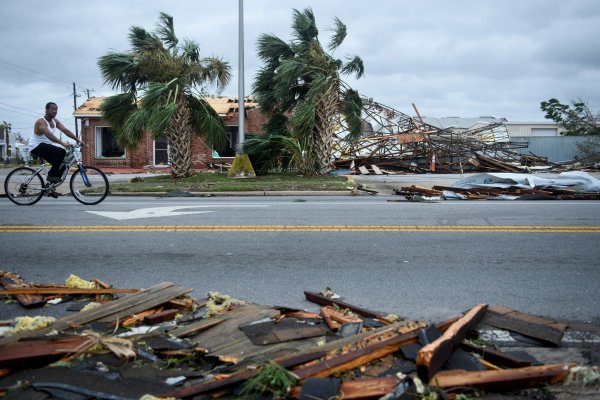 Hurricane Michael Death Toll Rises to 16—And Is Expected to Increase as Bodies Are Found in Mexico Beach
Next Up: Editor's Pick