A San Diego school principal apologized this week for sending an email to parents about a black man who allegedly stared at and followed a student at a local Starbucks.

Donna Tripi, principal at La Jolla Elementary School, said she unintentionally perpetuated stereotypes, the San Diego Tribune reports. Tripi last month warned parents about a man she described as “an African American male about 30 years old, about 6’1″-6’2″, dressed in all black and a hooded sweatshirt.”

Tripi advised parents to call police “if you see something that doesn’t feel right.”

In a followup email to parents this week, Tripi said it was a mistake to send a description of the man that relied on stereotypes about black men.

“While it is critical to keep our school family safe, the way I communicated didn’t provide enough specifics to identify the individual, but could easily lead to unnecessary and harmful reactions against other members of our community,” she wrote. “African American males continue to face discrimination in our society every day. The thought that I unintentionally contributed to that climate with a vague email is something for which I owe our community an apology.”

Tripi maintained that the parent’s who recounted the incident to her had detailed a legitimate concern.

The school will hold a forum on Monday regarding the matter.

The incident comes after two black men were arrested for sitting in a Philadelphia Starbucks without ordering anything. That became a national news sensation earlier in the year. Starbucks CEO Kevin Johnson eventually personally apologized to the men.

Tripi’s letter also comes in a year where white women who call the police on black people over innocuous or imaginary offenses have come into prominence. This week, a white woman went viral for falsely accusing a 9-year-old black boy of sexually assaulting her in New York City. 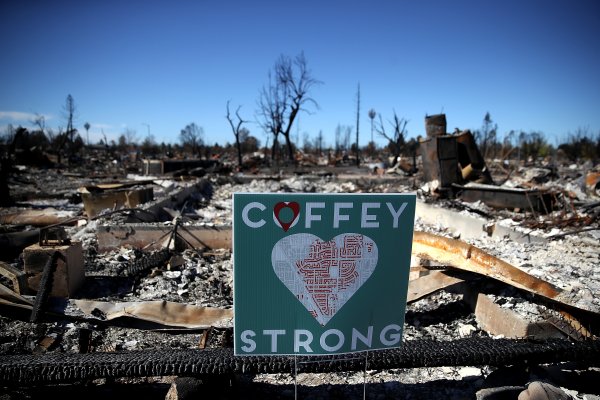 Why This Town Is Rebuilding One Year After a Destructive Wildfire—Knowing Another Fire Will Likely Come
Next Up: Editor's Pick