For the second year in a row, President Donald Trump is upset about a caravan of Central American migrants headed to the United States.

As the group of some 4,000 people from El Salvador, Guatemala and Honduras heads toward the U.S. border with Mexico to seek asylum, Trump has called for stricter border enforcement, threatening to cut foreign aid to the three countries and possibly rip up trade deals.

But experts on refugees say those moves are unlikely to stop this caravan or stem future ones, since the migrants are primarily driven by conditions in their home countries, not U.S. policy.

“Until the human rights abuses and violence and deprivations and underlying issues are addressed, people will continue to flee their countries,” she told TIME. “The Trump Administration is not going to be able to address migration challenges if it looks only to short-sighted initiatives. In the end, we actually have to deal with the problems that are causing people to leave their homes.”

This year’s group began traveling from Honduras on Oct. 13 and has swollen to 4,000. Many of the migrants may chose to stay in countries along the route, though the Mexican government is already preparing a response. NBC News reports the Mexican government sent 500 officers to the country’s border with Guatemala ahead of their approach.

In a series of tweets, Trump blamed Democrats, leaders of Central American countries and “existing weak laws” for the influx.

The threats follow a similar playbook he used in April, when a caravan of around 1,500 took a similar journey. It was at that time that President Trump deployed National Guard troops along the border and threatened to rip up the North American Free Trade Agreement, or NAFTA.

But the caravan is just the most visible face of ongoing migration, which happens regularly with less public work with smugglers. In fact, the number of family units crossing the southern border reportedly spiked in September, just months after the Trump Administration ended a policy of separating children from their parents at the border.

The Obama Administration responded to a 2014 surge of unaccompanied minors at the southern with face-to-face diplomacy with leaders from Central America and a $750 million worth of direct aid.

“This migration will only continue unless we keep up the pressure and provide the support to make the Northern Triangle of Central America a prosperous and secure place to call home,” he wrote in an op-ed in the Washington Post.

U.S. Secretary of State Mike Pompeo will travel to Mexico on Friday for a meeting with the country’s top officials, where the caravan will likely be among the topics of discussion. 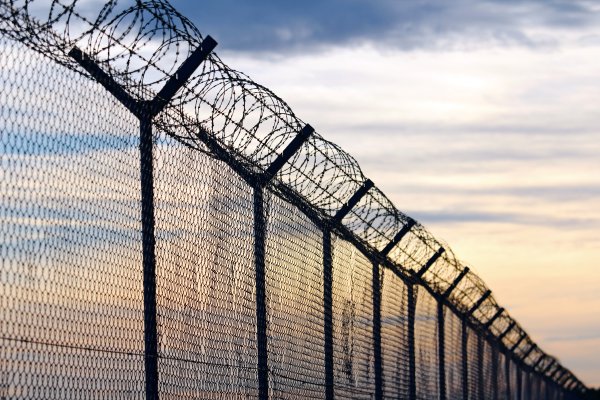