Joe Biden, 75, Says His Age Would Be a 'Legitimate Issue' If He Runs for President

Joe Biden, who this week led a poll as the top Democratic choice to challenge President Trump in 2020, said it’s too early to think presidential polls – but said his age will be a factor in deciding whether to run for president.

“I don’t think about polling data,” the former Vice President told CBS This Morning Thursday. “I think about whether I should run based on very private decisions relating to my family and the loss of my son and what I want to do with the rest of my life. But I don’t think of it in terms of can I win, can I – will I lose. That’s not part of the calculation.”

“I think people are going to judge it, if I were to run” Biden said. “I think they’re going to judge me on my vitality. Can I still run up the steps of Air Force Two? Am I still in good shape? Do I have all my faculties? Am I energetic? I think it’s totally legitimate people ask those questions.”

Biden echoed a statement he made earlier in the week during a Q&A at the Economic Club of Southwestern Michigan Speaker Series on Tuesday, CNN reports.

“I think age is a totally legitimate thing to raise,” he said. “I think it’s totally appropriate for people to look at me and say if I were to run for office again, ‘Well God darn you’re old.’ Well, chronologically, I am old.” 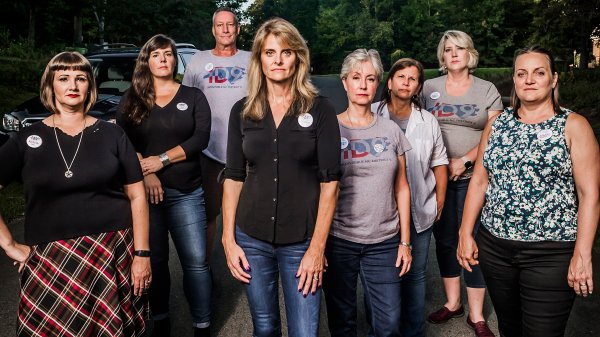 How the Anti-Trump Resistance Is Organizing Its Outrage
Next Up: Editor's Pick