You win some, you lose some.

Courtney Love’s colorful Twitter antics have landed her a $96,000 fine for alleged defamation on the same day that she won a victory in another Twitter defamation case.

The rocker and former wife of the late Kurt Cobain was the first celebrity to be sued over tweets after she allegedly defamed fashion designer Dawn Simorangkir in 140-character jabs in 2009, and ended up settling the case for nearly $450,000. But Love only paid $350,000 of that settlement.

Shortly after Simorangkir’s lawsuit was filed, attorney Rhonda Holmes sued Love for malicious tweets, but Love won the case in a trailblazing trial that wrangled with First Amendment questions. A judge decided Tuesday that Holmes was a limited-purpose public figure and Love did not show actual malice, reports the Hollywood Reporter.

But on Tuesday, Love was ordered by a court to pay the remaining $95,714.20 from her settlement with Simorangkir. So far, the fast-tweeting rockstar is one for one. 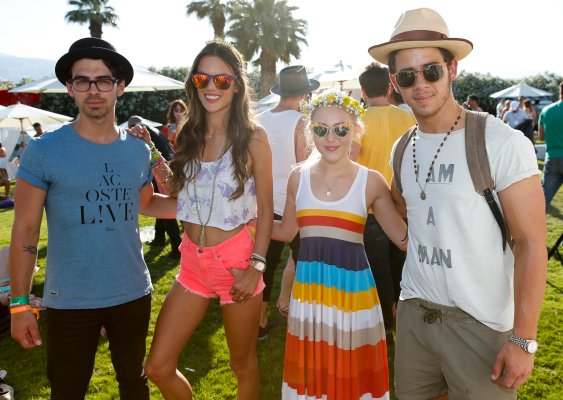 Celebrities Are Getting Paid to Go to Coachella. Why Is This So Surprising?
Next Up: Editor's Pick