Everything You Know About the Fate of Lottery Winners Is Probably Wrong, According to Science

Friday’s Mega Millions jackpot has gone up to a record-breaking $970 million. On Saturday, Powerball will have a drawing for a $430 million jackpot. A winning ticket for either lottery will be life-changing, but some of the popular theories about the fate of lottery winners aren’t necessarily accurate, according to a study published in May.

The study, published by the National Bureau of Economic Research, examined 3,362 Swedish lottery winners who scored at least $100,000, and surveyed them about their well-being five to 22 years after they hit the jackpot.

The study was conducted in Sweden and the lottery prizes were not in the high millions, but New York University economics professor Dr. Daniel Cesarini – a co-author of the study – says he does not believe the results would differ significantly if he were to study Americans who won multi-million dollar prizes.

“The prizes for the Mega Millions are way bigger that anything we studied. We looked at people who won up to $2 million,” he said. “I’m sure that people who win much larger prizes wrestle with certain challenges that you wouldn’t wrestle with if you win a $1 million.”

Cesarini also believes his work with Swedish lottery winners is likely to be broadly applicable. He says a different study of American lottery winners showed similar reactions to his findings.

“It’s hard to say if the results would be different if we conducted the study in America,” he said “My guess would be that the results would not be radically different. There are some ways in which money might help in the United States compared to Sweden, for example heath care, but I would not be shocked if someone did a similar study in the U.S. and reached broadly similar conclusions, but there are some reasons to expect in certain ways results could differ.”

Here are some misconceptions about the fate of lottery winners that Cesarini’s study appears to debunk.

Cesarini tells TIME that a common misconception is that the more a person wins in the lottery, the more likely he or she is to spend it all.

An often-cited — but incorrect — anecdote about lottery winners falsely attributed to the National Endowment for Financial Education claims that about 70% of people who suddenly receive a windfall of cash will lose it within a few years. In January 2018, the National Endowment for Financial Education set the record straight and said that statistic was not backed up by any of their research.

Examples of the “curse of the lottery” abound – from the West Virginia man whose daughter and granddaughter died of overdoses after he won $315 million in 2002, to the Kentucky man who claimed a $21 million prize in 2001 and lost it all by 2006.

Cesarini says he and his fellow researchers found that lottery winners who won larger sums of up to $2 million actually retained their wealth well over a decade after the jackpot.

Cesarini says people expect that a lot of winners immediately squander their wealth, but that is rare.

He adds: “What we see consistently is that they work a little bit less, but they spend the money quite intelligently. But that’s not to say that nobody has wrestled with self-control problems and using the money in ways that are not conducive to their best interest. But, I think that their behavior is a lot more governed than you might believe if you’re reading popular accounts of what happens.”

All that money makes people miserable later in life

Researchers found happiness and mental health for people who won at least $100,00 in the lottery did not change significantly, but contrary to popular belief there was no proof it made any of the participants less happy.

“Large-prize winners experience sustained increases in overall life satisfaction that persist for over a decade and show no evidence of dissipating with time,” the study said.

People who win the lottery are happier every day

Cesarini says to study happiness, researchers asked participants questions like, “Do you smile a lot?” “Do you laugh a lot?” or “Do you feel happy today?”

“We asked people about life satisfaction overall, an evaluative measure, and that’s where we saw the strongest effects of lottery wealth,” Cesarini says. “We also asked about their happiness, and for happiness we found there’s no strong evidence that lottery winners are happier in the long run, but there is strong evidence that they are more satisfied with their lives in the long run.” 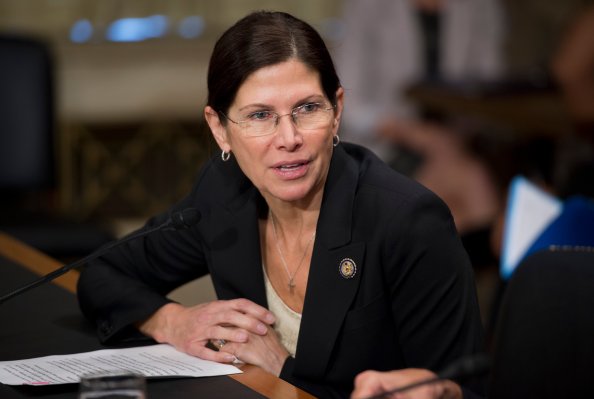 Mary Bono Resigns as Interim CEO of USA Gymnastics After Just 4 Days on the Job
Next Up: Editor's Pick