Can Art Heal a Broken Society?

Tony Karumba—AFP/Getty Images
Ideas
By Hope Azeda
Azeda is the curator and founder of Rwanda's Ubumuntu Arts Festival. She is a John P. McNulty Prize Laureate, which is awarded by the Aspen Institute and the McNulty Foundation.

“Where do we go from here?” In Rwanda, this question seemed unanswerable after the genocide against the Tutsi minority in 1994. The massacre of more than 1 million Rwandans, by Rwandans, shocked the world, and inflated fear and deep mistrust between friends and neighbors. After 1994, we needed to rebuild the country from ashes—a task that seemed not only arduous, but impossible.

More progress has been made in my country than anyone could have imagined. Healing is an ongoing process, but the remarkable achievements in the past two decades hinge on our restored humanity. Reconciliation is the only way to move beyond our past. But in the face of genocide, conventional dialogue is an inadequate tool. Instead, we turned to our shared culture.

What a difference a few decades have made. This July, I watched as hundreds of individuals from all backgrounds gathered in Kigali, Rwanda to experience performances by artists from 17 countries. Themed “Art and the Path to Resilience,” performers explored tactics to exercise fortitude in the face of tragic events. These emotionally charged and educative performances equip the audience with practical lessons that are cross-culturally relevant.

I am the curator and founder of Ubumuntu Arts Festival, a platform for global artistry and civic dialogue. Since its inception in 2015, our mission has extended far beyond culture. Talented artists are invited from around the world to collaborate on pieces that reflect our shared humanity. Thousands of attendees watch performances filled with messages of healing, human morality, and peace-building. If our audience leaves empowered to take initiative—however small—and champion the right thing where they live, we have succeeded.

One of the larger productions we stage is Africa’s Hope, a Rwandan story of survival and hope that depicts the genocide as seen through the eyes of a child. The production is inspired by the testimonies and dreams of young survivors, and the reflections of Fergal Keane, a BBC journalist who reported on the slaughter of the Tutsi. In a 1997 article for The Sunday Times he wrote, “I found myself endlessly questioning: how could this have happened? How could people butcher children? What kind of man can kill a child?” When hate is enthroned, cruelty becomes the new normal. Our play speaks to the beast that lives inside of everyone and questions the circumstances that trigger its release.

Other performances include Body Revolution, by Mokhallad Rasem (originally from Iraq), which recounts acts of oppression, economic crisis, and unfair elections in the Middle East. The Chibok Girls by Renegade Theatre addresses the crimes against humanity by the militant group Boko Haram that abducted 276 girls in Nigeria, and the trauma it entailed. Desolation in Chains recreates police brutality and prison systems in Uganda, though its themes are relatable worldwide. These, alongside more than 50 additional works, have placed global issues onto one extraordinary stage. The festival has sparked elaborate studies in using arts to deal with societal division, mental illness, and creating lasting solutions for struggling communities.

The past is always with us at Ubumuntu. The festival is hosted at Kigali Genocide Memorial—a place of remembrance, and where more than 250,000 victims of the Genocide against the Tutsi are buried. It is a grim reminder of the consequences when we lose our shared humanity, and the audience’s experience is necessarily tinged with this unavoidable horror. It is no coincidence, either, that the three-day series of workshops, performances, panel discussions and learning tours aligns with the last week of 100 days of Genocide Commemoration. (The 100 days beginning on April 7 represent the 100 days of the 1994 Rwandan genocide, in which more than a million lives were lost.)

The beauty of art lies in its ability to deal with the unspeakable. Art can revisit traumatic scenarios and horrific moments in human history on an emotional level that few other methods can accomplish. Our festival confronts global topics without fear, such as police brutality, the refugee crisis, and gender violence. Above all, we encourage communities to fight hatred, dogmatism, and toxic ideas, all behaviors that precede deadly violence. Now, our mission is gradually unfolding into reality.

One participant, Emma Muhoza, told me, “When language fails us, art expresses what we feel.” Empathy spearheads social change. The reciprocity of emotions spring from audience to performer, observer to participant. We aim to curate the festival to prompt everyone to act in kindness, regardless of background. Every year unlocks a fresh set of exercises to make new strides in civic engagement. We try to create a safe space to learn about perpetrators and victims alike, in the quest for a common ground.

So, should we Rwandans keep engaging with our history, however traumatic, and learn from our past?

We have to, not just for our country—but for the entire global community. But there’s also another question we must consider. “Could yesterday’s victims be tomorrow’s perpetrators?” Anger in a wounded people can run deep. That’s why we must shield young generations from actions fueled by despair. We can prevent the cycle of violence by exploring the challenges of inherited memory and break possibilities of recurrence through therapeutic performances and workshops. We’ll be relentless: telling stories, pursuing healing, and striving for peace in a broken world. 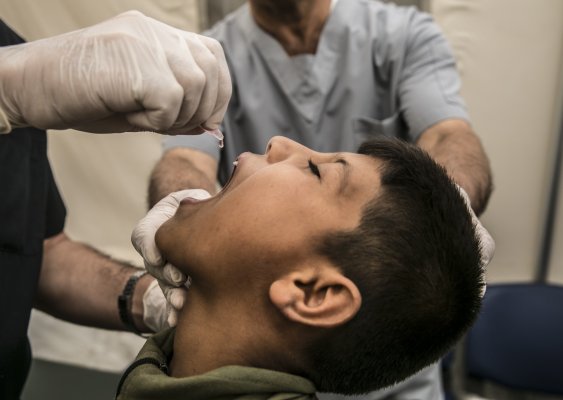