American Women Are Having Fewer Kids—and Having Them Later in Life, Report Says

American women are having fewer children than in years past, and having them later in life, according to new data from the Centers for Disease Control and Prevention’s National Center for Health Statistics (NCHS).

The U.S.’ total fertility rate — or the estimated number of lifetime births expected from a group of 1,000 women — hit its most recent peak in 2007, the report says. But in the decade following, fertility rates fell, while the average age of first-time mothers rose, according to the data. These trends are happening all over the U.S., but especially in cities — and gulfs between urban and rural areas are widening.

Women in rural areas have traditionally had more children than women in cities, and begun having them younger. But the report shows that the differences are becoming more pronounced over time. In 2007, fertility rates in rural counties were just 5% higher than in metro areas of all sizes; by 2017, they were 10% higher than in small and medium cities, and 14% higher than in large cities.

While the NCHS report did not explore the reasons behind these trends, other research has shown that American women are also getting married later (or not at all), often to focus on education or work before settling down to start a family. And while most American women still choose to have children at some point, a New York Times survey from this year found that young adults who were either not having children, or having fewer children than they would like, listed reasons ranging from wanting more leisure time to financial concerns. Teen births have also declined dramatically in recent years, leading to fewer overall births and higher average maternal ages. 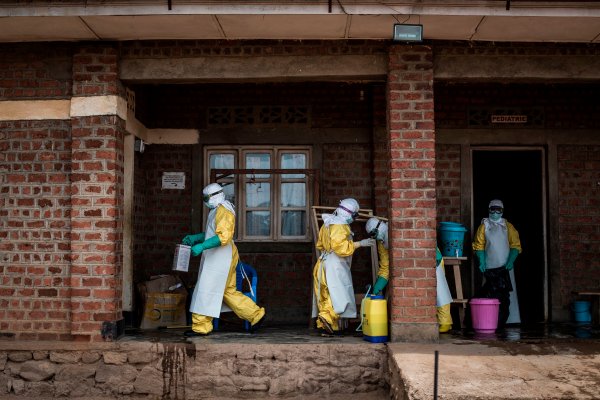 Security Concerns Are Threatening the Ebola Response in the DRC. Here's What to Know
Next Up: Editor's Pick