The Only Kind of Restaurant Flourishing in Today's Economy

The fast food business is in a funk. “Casual dining” sit-down restaurant chains are down in the dumps. But the folks who used to frequent these establishments aren’t necessarily eating out less.

Instead, the numbers indicate they’re heading to Chipotle, Panera Bread, and other hot “fast casual” contenders. According to a new study from the NPD Group, there’s only one restaurant category that’s faring well of late, and it’s not the category that includes industry giants like McDonald’s (quick service) or Red Lobster (casual dining). For several years running, the fast casual restaurant segment’s growth has been blowing away the field, and last year was no exception. In the fiscal year ending in November 2013, diner visits to fast casual restaurants were up 8%, compared to zero growth for fast food chains and the industry as a whole.

Full-service restaurants in the “midscale” and “casual” dining categories actually saw visits decline, down a percentage point or two for the year. Given the many reports detailing the struggles of Red Lobster, Ruby Tuesday, and other sit-down chains, the numbers don’t come as much of a surprise.

Restaurants above and below fast casual in pricing can’t say that the category has snuck up on them. The rise of fast casual has been taking place for years. Yet the industry as a whole seems unable to come up with long-term solutions for stopping the diner defection to fast casual.

(MORE: McDonald’s Needs a Miracle Like the Pretzel Bun)

It’s not for a lack of trying. Over the year, many fast food contenders have rolled out “better burgers,” which are bigger, tastier, and pricier than the usual fast food fare, in order to better compete with fast casual chains—burger specialists like Five Guys and Smashburger in particular. In general, both fast food and casual dining chains have been trying out “me too” strategies and following in the footsteps of fast casual players. KFC and Taco Bell have dipped their toes into the realm with higher-end fare and sleeker restaurant designs, and casual-dining staples like Applebee’s and Chili’s have introduced fast-casual elements such as speedy lunch menu items and easier takeout. Wendy’s has essentially been trying to transform itself into a fast casual company, with the basic sales pitch that it offers a fast casual dining experience at a fast food price.

For the most part, Wendy’s had a very strong 2013. It’s not clear, however, whether that was the result of its overall fast-casual push or due to the introduction of the year’s most talked-about fast food offering, the Pretzel Bacon Cheeseburger.

The problem for the fast food industry as a whole, and even more so for the casual-dining segment, is that Wendy’s was the exception to the rule. Year after year, the fast casual proposition—higher quality than fast food, lower price than the sit-down, waitstaff-served chains—has been attracting more and more consumer dollars.

According to the NPD Group study, consumer spending at fast casual restaurants rose 10% last year, versus a 2% increase in spending at restaurants overall. The industry publication Nation’s Restaurant News noted that 2013 represented the fifth consecutive year that growth in terms of dollars spent and customer visits at fast-casual restaurants “far surpassed that of every other restaurant segment.” Few industry observers would be willing to bet that this streak will end anytime soon. 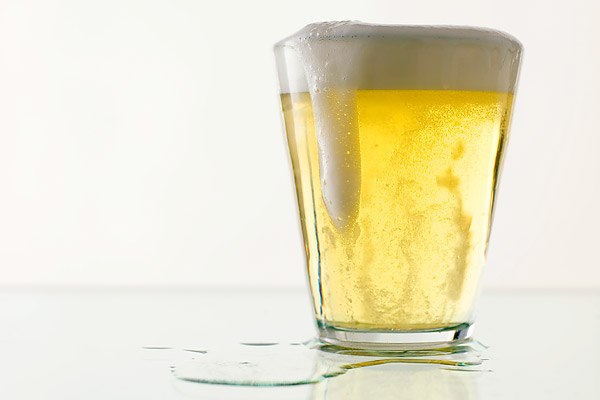 Who Really Owns Your Craft Beer?
Next Up: Editor's Pick