Ariana Grande and Pete Davidson Are No Longer Engaged

Ariana Grande and Pete Davidson have ended their relationship, four months after the couple announced their engagement.

“It was way too much too soon,” People reports, citing a source for the pop star who said, “It’s not shocking to anyone.”

The 25-year-old pop star and the 24-year-old Saturday Night Live cast member first announced they were a couple in May, and shared their engagement weeks later in June. While they were together, they dedicated warm shout-outs to each other in their work.

Grande had titled a track on her new chart-dominating album Sweetener after Davidson himself, “Pete Davidson,” and the pair made their red carpet debut at the VMAs in August.

After Grande’s ex-boyfriend Mac Miller’s died on Sept. 7, Grande took some time to regroup, according to a statement released by her team in September.

“Given the events of the past couple of years, Ariana is going to take some much needed time to heal and mend,” the statement read. “She will be staying close to home and using this period to spend time with her loved ones and work on new music without deadline.”

Recently, though Grande canceled her performance on Saturday Night Live’s premiere episode on Sept. 26th, she did join him at 30 Rock when the episode was being filmed. During a Weekend Update segment, Davidson delivered a monologue about living with Grande.

Spokespeople for Grande and Davidson did not immediately respond to TIME’s request for comment.

Most Popular on TIME
1
Could Amsterdam's New Economic Theory Replace Capitalism?
2
My Parents Will Be Vaccinated Long Before Me. Can They Come Visit?
3
20 Best Anime Series on Netflix Right Now 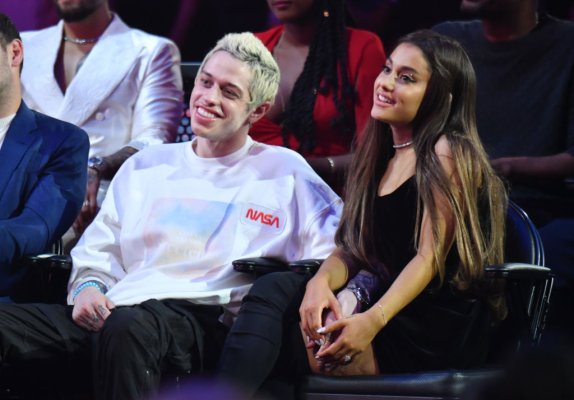