Meghan Markle, the Duchess of Sussex, is expecting her first child with Prince Harry. The news, announced Monday morning by Kensington Palace, has already been greeted by hundreds of messages of congratulations for the royal couple on social media.

But the baby’s due date, given as “Spring 2019”, has turned Brits’ attention to another big event scheduled for that time.

The U.K. is set to leave the European Union on March 29, exactly two years after Prime Minister Theresa May started the formal process for doing so by invoking Article 50 of the Lisbon Treaty. The possibility that the baby could be born around that date has caused a stir on British social media.

With the U.K.’s negotiators so far failing to reach a deal with the E.U. on the terms of Britain’s exit from the bloc and an important E.U. summit scheduled for Thursday, many say the baby will be a welcome distraction for the Prime Minister.

Others are offering the Duchess of Sussex advice on the increased immigration restrictions that Britain will have to contend with after leaving the E.U. 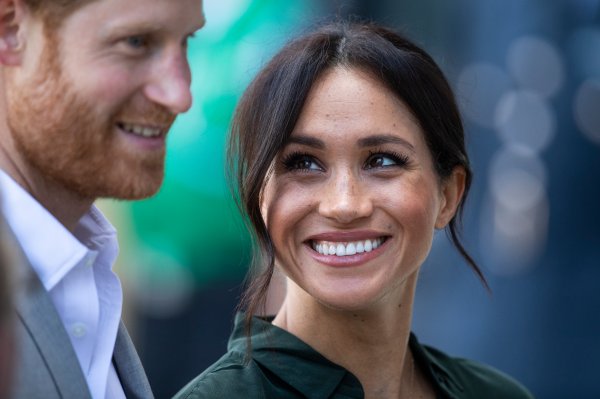 Here’s How Prince Harry and Meghan Markle’s Baby Just Changed the Line Of Succession
Next Up: Editor's Pick