Inspectors made a grisly discovery Friday when following up on a complaint against a Detroit funeral home.

Police said they found 11 bodies of infants and stillborn babies stored in a cardboard box and a small casket hidden in a lowered ceiling at the Cantrell Funeral Home.

At a press conference, Detroit Police Department Lt. Brian Bowser said renovation inspectors called 911 as soon as they found the box and casket. When police arrived they opened them and found the remains.

“They took the boxes and the casket down and discovered 11 remains of infants and stillborns and obviously we’re here doing a follow up investigation.” Bowser said.

“They’re very small remains,” Bowser said. “They were in a cardboard box stuffed away from a stairwell.”

The Michigan Department of Licensing and Regulatory Affairs (LARA) said they were following up on a complaint sent to them telling them where to find the bodies. The funeral home was shut down in April over several violations and is in the process of being converted into a community center. LARA said there is still an open investigation into the funeral home and its owners.

“Based on a new complaint, LARA investigators today searched Cantrell Funeral Home and found the decomposing bodies of 11 infants,” LARA said in statement. “In April, LARA suspended the mortuary licenses of both the home and its manager Jameca LaJoyce Boone for many violations including the improper storage of decomposing bodies of adult and infants. That suspension order remains in effect as does our investigation.”

Police said they have identified some of the corpses and are attempting to contact family members. The Wayne County Medical Examiner will conduct an investigation. No charges have been filed.

“Obviously we have to find out what happened, and why it happened.” Bowser said. 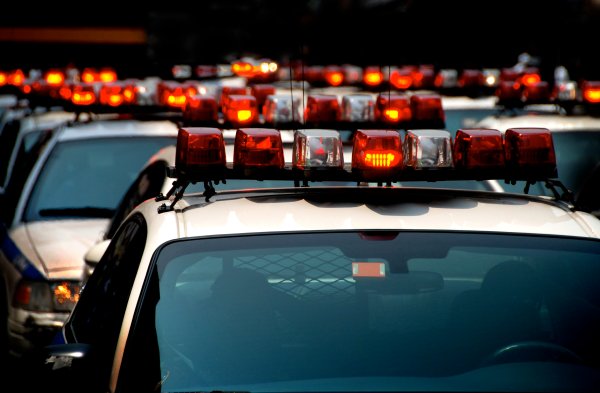 Detroit Cop Fired After Posting Racist Picture to Snapchat
Next Up: Editor's Pick