How to Fix the House of Representatives in One Easy, Radical Step

Intense speculation over which party will control the House of Representatives next year has papered over a troubling reality: The chamber is an embarrassment to democracy.

Between gerrymandering, entrenched incumbents and a firehose of outside money, hundreds of races have not been competitive for decades, accounting for a fair portion of the 435 seats — a figure that has been enshrined in law since 1929. The population of the country has more than tripled in the intervening century, making it impossible for each member of Congress to represent even roughly the same number of people.

That is why it is high time that the size of the House increase dramatically, which can be achieved with mere legislation, not a Constitutional amendment. Specifically, by my calculations, there ought to be 930 seats. Here’s why:

The 435 seats are reapportioned every 10 years after the decennial Census. As of 2010, every member of the House ought to represent approximately 708,000 people. But given the wide disparity in state populations, from Wyoming to California, there is no mathematical way to get anywhere close to this parity without somehow inventing fractional lawmakers.

As it stands, Montana’s lone representative, Greg Gianforte, currently represents about 1 million constituents, while Rhode Island, which has only 3% more residents, enjoys two representatives for a ratio of about 525,000 people per district:

While it might seem reasonable to loan one of California’s 53 delegates to Montana, this would actually worsen the nationwide disparity in representation. On top of marginally disenfranchising 37 million people, doing so would merely shift Delaware into the dunce seat, where the state’s one representative has about 900,000 constituents.

Adding many more seats would dramatically decrease this disparity. But before we get to that, we need to consider the thousand-pound salamander in the room. I strongly suspect that roughly doubling the number of representatives in a state would of a glorious nightmare for the Gerrymandering crowd. The dark art of district-hacking includes many tricks, but it often boils down to dividing urban regions like a pizza to minimize their voting power. A pizza can have any number of slices, of course, but populations don’t organize themselves in quite such neat circles. There would simply need to be too many districts in too small a geographic area to divide and conquer nearly as effectively. Or, in the alternative case where one tries to pack as many unfriendly voters into as few districts as possible, more districts means a larger proportion of gimmes to the opposing party. Which is not to say that the evil genius of Gerrymandering would be defeated outright, but a larger number of districts would also make the practice considerably more obvious when courts get involved.

Of course, not every state delegation would grow equally. How to apportion representatives to states is an interesting problem. All the Constitution requires is that “each State shall have at Least one Representative” and that the remainder be divided “according to their respective Numbers,” a population figure that eventually came to represent everyone equally. Beyond that, it’s up to Congress to decide how to parcel themselves out to the 50 states.

That process was a topic a bitter dispute between Thomas Jefferson and Alexander Hamilton when deciding how to divvy up the 65 seats in the first Congress, to the point that it was the subject of the first presidential veto. While it might seem like a simple matter of calculating each state’s percentage of the population and apportioning that share of the seats, rounding to the nearest whole number, this method can arbitrarily punish states depending on whether their expected share rounds up or down — a curiosity known as the “Alabama Paradox.”

Congress has tried five different algorithms to tackle the problem since 1789, finally landing on an elegant process called the “equal proportions method,” which has been in use since 1940. The way it works is quite clever. After comping every state one representative, this algorithm uses a round-robin system to apportion the remaining 385 seats one at a time to the state that needs another seat the most, until every seat is assigned and so ends the game of musical chairs. That neediness is calculated by taking each state’s population and dividing it by the square root of the number of seats it has thus far in the process multiplied by that number plus one — which is to say, a weighted prediction of how much better its people-per-representative figure would get if it was awarded the next seat. (This is known as the “geometric mean.”) After each seat is assigned, this neediness is recalculated and usually a different state rises to the top of the priority list.

The method isn’t perfect, but it is the best way to minimize unfairness that lawmakers could agree on 80 years ago. And it’s not a bad solution. The problem isn’t the math. The problem is that there just aren’t enough seats to go around.

So how many seats are ideal? To determine the magic number, I ran an experiment in which, using this official method of apportionment, I calculated how many delegates each state would get for every number of total seats from 435 to 1,305, three times the current figure. For each result, I then computed the disparity in representation using a basic standard deviation divided by the average value — a Stats 101 figure called the “coefficient of variation” that broadly measures how much disparity exists in a set of values.

The results were curious. While the disparity declines as the House gets larger, as one would expect, there are certain key numbers of seats that are ideal.

Looking under the hood, these magic numbers occur when the last underrepresented small state gets the last available seat. While even adding five seats would slightly improve the House’s fairness, the disparity really starts to drop around 775 seats. Then, interestingly enough, it actually gets worse for obscenely large numbers of representatives. The optimal value, within reason, is 930 seats, which would look like this:

Here, four small states get two seats — Alaska, North Dakota, Vermont and Wyoming — while the rest get at least three. This it isn’t perfect, but it’s a far cry better than the current apportionment. (In none of the scenarios did the outcome of the 2016 election change, given that the winner-take-all system that almost every states uses for the Electoral College is impervious to the denominator.)

The question, of course, is what a 930-member House of Representatives would look like. My suspicion is that it would be much more representative of the population it represents, with enough seats for a healthy variety of people from more than two parties and many walks of life, rather than the litany of lawyers and businessmen who make up the current roster. And democracy has a deep bench. Just over 1,000 people will appear on a ballot in November, and thousands more made a respectable run in the primaries. Some are more qualified than others, but many would make reasonable lawmakers.

What we can’t count is the number of worthy candidates who didn’t run because doing so is too expensive and it’s daunting to reach hundreds of thousands of voters, particularly if facing an incumbent with a large war chest. The smaller the districts get, the lower the cost of entry becomes. Even if no number of seats can nullify the name recognition that an incumbent enjoys, the natural churn of members would increase, as would the odds of surprise upsets of the Eric Cantor variety.

A cast of nearly a thousand, in other words, would be chaos of the best variety. Wrangling 930 members would be a nightmare for the House leadership and a dream for democracy. Instead of the dreary sequence of party-line votes we witness now, CSPAN coverage would be replaced by a rowdy, delightfully turbulent process with uncertain outcomes. It is easy to forget that nothing contributes more to an active and attentive Congress than a biannual super-dose of entropy. Adding 495 more seats wouldn’t only benefit the nation — it would make Congress fun again.

Want to check the math? You can see the “computational essay” on how my calculations work here, as presented at the 2018 Wolfram Technology Conference. 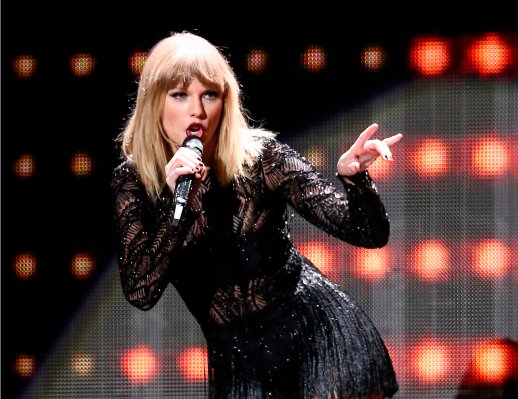