How a Conservative Supreme Court Could Actually Benefit Progressives

If intentions lead to action, the process by which Judge Brett Kavanaugh became a Supreme Court Justice will send a great many people on the Left to the polls in November. That is a good thing. But still more exciting is the possibility that the Left will finally relinquish the dangerous fantasy that progressive change originates with, and depends upon, the Supreme Court.

The Left clings to this hope because it prizes so many of the rights once declared by the Court: to attend desegregated schools, to end some pregnancies and to exclude prayer from public schools. Even leaving aside the extent to which these decisions have already been neutered, the fact is that, apart from a few short decades in the middle of the 20th century, the Court has never been a force for progressive reform. On the contrary, it is far more inclined to block progressive change than promote it.

To put it plainly, the Court is not now, and has almost never been, a friend to the Left. And all evidence points to the conclusion that the Court will soon become even more of what it has almost always been. The sooner liberals realize that, the better they will be.

Despite the Court’s antagonism, however, the contest for progressive reform is not over. It simply moves the work elsewhere. Consider, for instance, the experience in capital punishment. In 1972, the Court struck down all existing death-penalty statutes, which triggered a massive backlash that brought capital punishment back with a vengeance. The day after the Supreme Court decision, legislators in five states introduced bills to restore the death penalty. President Nixon asked the FBI for the names of convicted murderers who had committed a second murder after being released from prison. By 1976, thirty-five states plus the federal government had enacted new death penalty statutes.

Since then, the Court has been a steadfast supporter of the ultimate punishment. Though individual Justices have now and again announced their opposition to the death penalty, they have never spoken for anything like a majority of the Court. Some anti–death penalty advocates still hold out hope the Court will strike down capital punishment, but no one credibly thinks it will happen any time soon.

And so advocates long ago turned elsewhere. For years, they have devoted extraordinary energy to assembling and publicizing the ample evidence of a flawed system, a system that tolerates egregious levels of racial imbalance, official misconduct and legal caprice. And they have deployed this evidence to influence attitudes about capital punishment among state legislators, policymakers and the public. They have also assiduously trained those who handle these cases in the best practices at every stage of a capital case.

The results have been impressive. According to the Death Penalty Information Center, both death sentences and executions have fallen to historic lows. So far this year, there have been 18 people executed in the United States, down from a high of 98 in 1999 and putting 2018 roughly on track with the recent past. And even this tends to overestimate the extent to which the death penalty actually exists in the United States, since 10 of the 18 executions this year are from a single state (Texas). The number of death sentences is likewise a fraction of its former total. In 2017, the most recent year for which we have numbers, there were 39 new sentences, up from 31 in 2016 but down dramatically from 295 in 1998.

Meanwhile, recognizing the hostility in the Supreme Court, litigators are looking elsewhere for relief. Just this week, for instance, the Washington Supreme Court struck down the state’s death penalty “because it is imposed in an arbitrary and racially biased manner.” Notably, the court relied on the state constitution, meaning its opinion cannot be reviewed or reversed by the U.S. Supreme Court.

Other campaigns have also had great success outside the courts, including the nascent efforts to reform police practices, shrink the prison population and sand down the roughest edges of the criminal justice system. Perhaps the most consequential of these efforts has been the recent move to end or restrain the use of solitary confinement. Thanks to the work of a small army of advocates and reformers, many federal, state and local jurisdictions across the country — red and blue — have either made or are considering changes that will limit their use of solitary confinement, especially for juveniles and the mentally ill, according to a 2018 report by the Association of State Correctional Administrators and researchers at Yale Law School.

Everyone agrees that much remains to be done, in some states more than others. The point, however, is that progressive change has taken place with the Court on the sidelines. Indeed, on Justice Kavanaugh’s first official day as a Justice, the Supreme Court denied review in a case involving solitary confinement. Justice Sotomayor dissented from the denial, but the remainder of the Court was silent.

I do not mean to suggest that progressive advocates should ignore the Court. That would be as foolish as idolizing it. But we should recognize that the Court in this country has rarely been particularly courageous; it is much more inclined to follow than lead. Ever mindful of its political capital, the Court hates to find itself out of step with dominant sentiments in society. But once it discerns that public sentiment has shifted, it tends to follow the crowd, reinterpreting the law to fit the perceived demands of the day.

There are undeniably times when early recourse to the Court cannot be avoided. That was the case in 2002, for instance, when my colleagues and I started the litigation challenging detentions at Guantanamo. At the time, the great hostility to our clients in the public square, combined with the conditions of their detention and interrogation, left us no option but to seek relief in the courts. But when advocates seek review in a controversial case without previously building a base of public support, as we were forced to do, the Court is not likely to be receptive and any victory is apt to be narrow and more symbol than substance, as ours was in Rasul v. Bush.

At best, the Court is a tool that progressive advocates must keep in their arsenal. But it is only one of many tools, and not apt to be successful until progressive changes on the ground have taken hold, leaving the Court little to do but cement these changes into place.

The confirmation of Judge Kavanaugh has inspired a great many people to vote. But it will be even better if it leads them to refine their views of the Court and motivates them to enter the fray. Eventually, even this Court will follow us. 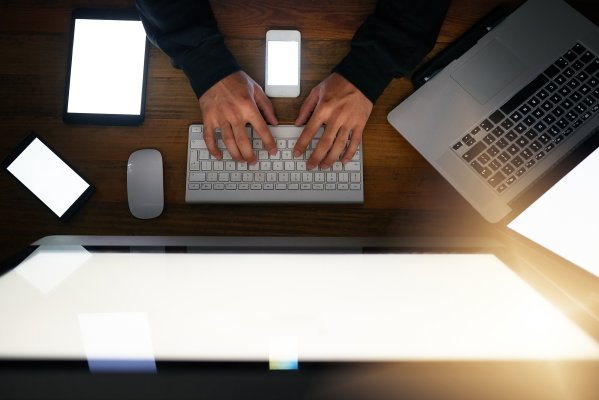 Facebook's and Google’s Breaches Show It’s Time for an Internet Bill of Rights
Next Up: Editor's Pick