Charli XCX Is Turning Pop Into a Welcoming House Party

It’s well past midnight on a Monday, but don’t tell that to Charli XCX — or the hundreds of pop-obsessive twentysomethings who have packed out the basement nightclub space of the swanky Public Hotel in Manhattan. They started queuing up outside hours ago, dressed in their 2018 fashion finest, from oversized construction-stripe pants to mesh tank tops and choker collars. The evening has been billed as “Charli XCX and Friends,” and as artists parade out onto the stage before Charli’s arrival — host and performer Dorian Electra, composer and singer Leland, surprise guest Pussy Riot and cult favorite Allie X — it feels less like a concert and more like a freewheeling talent show featuring a particularly hip group of friends.

“We’re all in one room. It feels like a house party, not a show,” Charli XCX says when she finally takes the stage, decked out in a lime-green minidress. “Anyone who knows me knows I do not talk at shows, but I’m, like, really feeling myself, so thank you.” That the evening has a house party vibe is not a mistake—it’s a feature. It’s Charli XCX’s ideal evening, and in the middle of this effusive crowd, it feels like she’s brought it to life.

“Recently, the music I’ve made has allowed me to be who I want to be,” she tells TIME. “It definitely took me time to find out who that was.”

Born Charlotte Aitchison in a suburb of London, Charli began making music as a kid, recording demos on an 8-track mini disc with her Yamaha keyboard at home and sharing them on MySpace. At just 14, she convinced her parents to drive her to a London club to DJ after a party promoter had reached out. (Her parents stuck around to chaperone.)

The DJing evolved, and by 2013, she started finding major chart success with her work on Icona Pop‘s “I Love It,” Iggy Azalea‘s “Fancy” and her own track “Boom Clap.” Yet she struggled to find her lane in pop; often, she knows, she was relegated to a “supporting role.” “I thought commercial success equaled happiness,” she says. Then she started releasing mixtapes: Number 1 Angel and last year’s Pop 2, a tour de force of collaborations with diverse voices like the rapper CupcakKe, Brazilian star Pablo Vittar and Swedish singer Tove Lo. “Pop is this melting pot of different people and different cultures,” she says. “It’s cool that something so mainstream can be diverse.”

This month, Charli worked with her friend and fellow pop icon Troye Sivan to put out a catchy, nostalgic new track equal parts retro and futuristic: “1999” includes Britney Spears references and a bouncing beat. Appropriately, she met Sivan at a house party she threw in her L.A. home, and he liked the song in its early stages enough to want to jump on it. But Charli doesn’t want to unpack the throwback message — sometimes, pop is just fun. “It’s not really that deep,” Charli insists. “I just thought it was a cool title. I don’t really think that much when I write songs.”

Still, her music — and the community of collaborators she has curated — has became a calling card for party kids and misfits who find her bubbly sound, often mixed with hints of sonic cultures from around the world, an escape. “I want it to make people feel like they can be whoever they want to be when they listen to it,” Charli says. “I think the message is party hard and don’t be afraid to be who you are, you know?”

“When I do shows now, it feels like all of the audience and all of the people onstage are all one person there for the same reason — to feel free and alive and feel good,” she says. “Before, sometimes when I stood on stage, I didn’t know why the f–k I was there. I felt like I was screaming on the edge of a f–king building. I didn’t really have a purpose. And now I feel like I do have a purpose when I make music, and when I perform, and that feels very rare, and something that only I could have found. No label or manager or anyone could have curated that.”

Back at the club, the party is just getting going. Charli brings on special guest Kim Petras for their song “Unlock It,” sings an energetic version of “1999” (sans Sivan) and ends the night bringing all her artist friends onstage for “Girls’ Night Out,” complete with silly string explosions, green balloons, crowd surfing and jubilant sing-alongs. Next month, Charli will head to Australia to continue as an opening act on Taylor Swift‘s massive Reputation world tour. It’s a good gig, and she admires Swift’s craft. But she seems most at home down here, with the giant disco ball flashing over the sweaty, dancing crowd. “Honestly, the best part about what I do, and the most fun part, is partying,” she says. “It can just be fun, or it can be something more than that.” 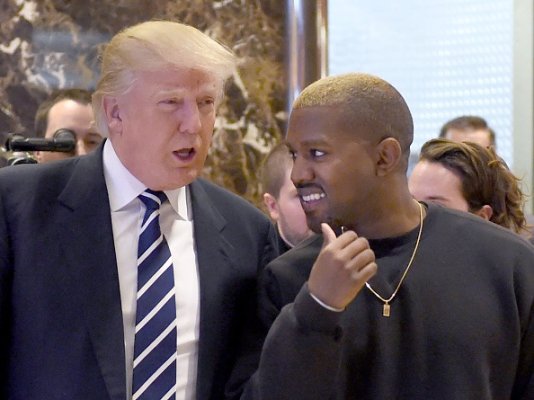 Kid Rock and Kanye West Have Both Mused About Running for Office. Now They're at the White House
Next Up: Editor's Pick