(Bloomberg)—Amazon.com Inc. is sweetening the pay for some of its longtime warehouse workers after employees criticized the loss of bonuses and stock awards as part of the company’s pledge to boost all wages to at least $15 an hour.

The world’s largest online retailer grabbed headlines last week with its minimum-pay pledge — followed by concerns from veteran workers who feared their compensation would actually decline because the company also eliminated bonuses and stock awards.

Amazon said any workers already earning $15 would get raises of $1 per hour. Now, some of those employees are learning their hourly raises will actually be $1.25 an hour. Additionally, Amazon is introducing a new cash bonus of $1,500 to $3,000 for tenure milestones at five, 10, 15 and 20 years. Workers with good attendance in the month of December will also get a $100 bonus, according to the company.

“All hourly Operations and Customer Service employees will see an increase in their total compensation as a result of this announcement,” Amazon said in a statement. “The significant increase in hourly cash wages effective Nov. 1 more than compensates for the phase out of incentive pay and future (stock) grants.”

There is confusion among Amazon’s employees regarding the pay changes, which are still being worked out to make sure everyone’s compensation increases, according to a person familiar with the issue. Workers will get more details on the pay changes before they take effect Nov. 1, said the person, who asked not to be identified discussing company policy.

Workers suspect they could lose money, according to an employee who asked not to be identified. The previous cash bonuses based on attendance and productivity could total more than $2,000 a year, which made a $1-an-hour raise a wash, according to another person familiar with the pay policies. The loss of stock that was awarded annually in exchange for bonuses every five years could still leave some employees with less overall money, one of the people said.

Amazon said the decision to remove stock awards from the compensation plan will make workers’ pay “more immediate and predictable.”

“Some employees have benefited from a bull market and the unusually strong appreciation of Amazon’s stock price in recent years. This is a good outcome for those employees, but such stock price appreciation is by no means guaranteed to continue,” the Seattle-based company said. “For employees who want to invest in stock for the possibility of future growth, we will be rolling out a direct stock purchase plan in 2019. We are continuing to roll out the details of all these changes to employees this week.”

Amazon shares have jumped almost sixfold in the past five years. 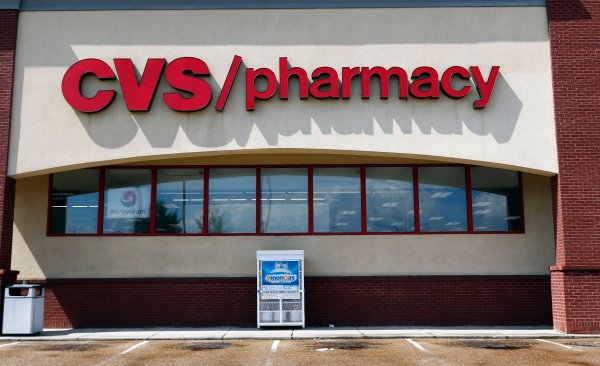 The Justice Department Just Cleared the Way for CVS and Aetna's Mammoth $68 Billion Merger
Next Up: Editor's Pick