In the trailer for Amazon Prime’s The Romanoffs, one of the lead characters, looking somewhat frazzled, exclaims, “I’m so tired of this Romanoff s–t.” I know the feeling.

As a Romanov historian who has spent the last 12 years writing about Russia’s last Imperial Family, I have lost track of the number of letters and emails I have received from people claiming to be related in some way to a member of that illustrious family, or whose ancestor was involved in their miraculous escape from Russia. They just keep on coming.

Of all royal connections, one to a resurrected Romanov is the ultimate genealogical fantasy, fueled by popular TV programs like Who Do You Think You Are? and Antiques Roadshow. There’s even an episode of Frasier entitled “A Tsar is Born,” featuring the family excitedly celebrating the royal connections of a Russian clock that had belonged to Alexander II and was brought to America by an ancestor of theirs who was a “Romanoff princess.” Not so; just as Frasier is getting his press release ready, he discovers that a scullery maid stole the clock. She absconded with it to New York where she worked as a prostitute. Their ancestor was not the princess but the scullery maid: “We’re not Romanoffs,” mourns Frasier, “but descended from thieves and whores.”

The fact is, as far as Russian royal blood is concerned, no matter how many DNA tests, scientific papers or authoritative debunkings are published, this is one fantasy that simply will not lie down. The name Romanov offers top-drawer social cachet, links to supposed untold wealth stashed away in foreign banks, and a romantic larger-than-life past where the soundtrack forever plays the theme tune to Ingrid Bergman’s Anastasia.

The problem with Russian ancestry is that, after the 1917 Revolution forced many of them into exile, there was a whole diaspora of largely impoverished Romanov princess, princesses, grand dukes and duchesses. Many of them spelled the name in the Frenchified form as Romanoff. (This in fact more closely mirrors the correct Russian pronunciation than the -ov ending that is favored now.) In exile in Paris, the South of France, London and California, expatriate Romanoffs of one kind or another dined out on the name.

Some were glorious fakes, like the Hollywood restaurateur Michael Romanoff, whose premises were patronized by movie stars such as Humphrey Bogart, Lauren Bacall and Frank Sinatra. You have to admire the bravado of this Lithuanian con artist, born Hershel Geguzin, who swanned around his restaurant on Rodeo Drive, announcing himself as “Prince Michael Dimitri Alexandrovich Obolensky-Romanoff.” Everyone knew he was a fraud; he knew they knew and turned it into a glorious glitzy joke. By World War II, LIFE magazine had nominated this lovable showman “the most wonderful liar of the 20th-century U.S.”

But Prince Mike, as his friends called him, was not the only opportunist who fed the Hollywood dream factory with ersatz Russian romance between the wars. No false claimant to illustrious Romanov connections — and there have been many — has ever been able to outgun the career of the notorious Anna Anderson. Her name was in and out of the press for the best part of 60 years, spawning a whole industry in books, articles, TV shows and movies that even now refuses to die down. She made her first appearance as the mysterious Fräulein Unbekannt — “Miss Unknown” — a failed suicide dragged out of the Landwehr Canal in Berlin in 1920. Soon afterwards she announced that she was in fact Grand Duchess Anastasia, youngest daughter of the last tsar Nicholas II; but the world’s press quickly came to refer to her by one of her several pseudonyms — Anna Anderson.

Anderson’s ability to con so many and for so long has still not altogether been explained. She was a product of the confused circumstances of the murder of the Russian Imperial Family in Ekaterinburg in the Urals on the night of July 17, 1918. Although Lenin’s government quickly announced that they had shot Tsar Nicholas, for obvious political reasons they did not come clean, ever, about having murdered his wife Alexandra and their five children: Olga, Tatiana, Maria, Anastasia and the hemophiliac heir Alexey. In the immediate aftermath, with all the chaos of civil war in Siberia, unreliable communications and a deliberate Bolshevik campaign of misinformation, nobody was entirely sure what had happened. Where were the bodies? Stories soon emerged that one or more of the family had miraculously escaped the bloodbath at the Ipatiev House.

Anderson said she had been spirited away by one of the guards at the house and smuggled across the border into Romania. Despite being denounced in 1928 as an imposter by surviving members of the Romanov family, including Nicholas’ mother, in 1938 Anderson launched a tortuous campaign in the German courts for legal recognition of her claim. On the back of it, a whole lucrative Anastasia industry gathered steam in response to insatiable public curiosity about her story. Its high point was the 1956 Hollywood film Anastasia, which won an Oscar and a Golden Globe for lead actress Ingrid Bergman.

But Anna Anderson was by no means the only Romanov wannabe. In 1963 LIFE magazine ran a 10-page lead article on another Anastasia claimant named Eugenia Smith. A whole ragbag of assorted Romanovs emerged over the years with a catalog of crazy stories; a woman in Lake Como, Marga Boodts, announced that she was Olga; a British historian claimed Tatiana was spirited away by plane from Siberia, settled in Kent, married a British officer and is buried on Romney Marsh. False Tsareviches popped up all over the world: one apparently ended up in a Soviet psychiatric hospital; another got to the U.S. and marketed his own brand of “Alexis” vodka in Arizona, and, implausibly, broke many bones playing polo — a fact that should have removed any suspicion that he might be a genuine hemophiliac. A shady Polish spy who styled himself Colonel Goleniewski was perhaps the most celebrated phony Alexey and told tall tales of the entire Romanov family escaping Russia. Alexandra, so he said, died in Poland in 1924, Anastasia settled in America, Olga and Tatiana lived out their lives in obscurity in Germany. Nicholas, Alexey and Maria went to Poznan.

All of these ersatz Romanovs had their followers but for 64 years it was the claim of Anna Anderson that attracted the most serious attention, despite the courts throwing out her claim as “unproven” in 1970. The Bergman film encouraged a slew of books, most notably that by Peter Kurth, Anastasia: the Riddle of Anna Anderson, published in 1983. Anderson died a year later; but it was not until the fall of the Soviet Union in 1991 that the truth finally began to unravel. That year, the grave where the Romanovs’ bodies had been dumped was found and excavated in the Koptyaki Forest outside Ekaterinburg. But just when it seemed that decades of doubt and rumor could be dismissed, it turned out that the bodies of only five members of the family had been found.

Two of the children were still missing: Alexey and Maria. Or was it Anastasia? The scientists who conducted tests on the remains were at odds as to which of the two youngest daughters was in the grave and which was still missing. That left the door open for continuing debate about the fate Anastasia, although it did bring an end to the Anderson claim. In 1992 a lock of her hair was compared with the remains in the Koptyaki Forest grave as part of a program of extensive DNA testing in Russia, Britain and the U.S. They did not match. Two years later a tissue sample taken from Anderson’s intestine prior to an operation endorsed these findings. It also conclusively substantiated an allegation made back in 1927 that she was in fact a working-class Polish girl named Franziska Schanzkowska.

In 2007 the two missing sets of very fragmentary remains were finally found in the Koptyaki Forest. After comparative tests, they were confirmed as those of the missing Maria and Alexey. But 100 years of denial, rumor and conspiracy theories do not die down so easily.

There are still people who want to believe that by some kind of miracle someone survived. Anything rather than finally have to accept the awful truth that none of those beautiful children escaped that terrible fate. The denialists insist that the Bolsheviks planted bodies of unknown victims in the grave in the forest, that the real Romanovs were spirited out of Russia and that an international cabal of scientists have conspired to fake the DNA tests. Very few in the West buy into these crazy claims but Amazon Prime’s new series, despite being decidedly tongue in cheek, seems guaranteed to give that endlessly seductive legend a new lease on life.

As Tsar Nicholas’s sister Olga once said: “The public simply wants to believe the mystery.”

Helen Rappaport is the author of The Race to Save the Romanovs: The Truth Behind the Secret Plans to Rescue the Russian Imperial Family. 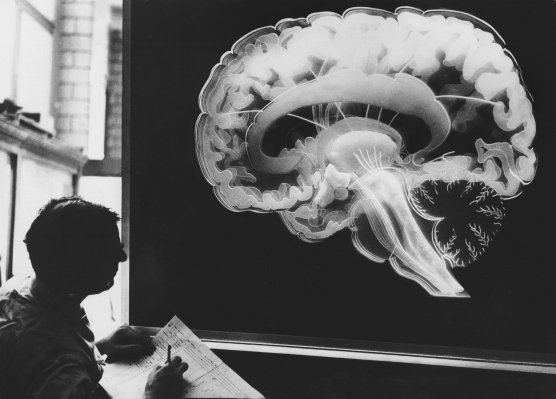 Humans Are Hardwired to Tell History in Stories. Neuroscience Tells Us Why We Get Them Wrong
Next Up: Editor's Pick