The Fight for Women's Suffrage in the U.K. Didn't Just Happen in Big Cities

Adela Constantia Mary Pankhurst, organiser, c 1908. She gave up her job as an elementary school teacher in Manchester to become an organizer in Lancashire and Yorkshire.
Heritage Images/Getty Images
By Helen Antrobus / History Today

In popular culture and public memory, the full reach of the campaign that led to the Representation of the People Act in 1918 is not often remembered as the backbone to the success of the women’s suffrage movement. The concept of a united national campaign for women’s suffrage, spreading as far as the Northern Isles, is in danger of being lost.

The locations of the two new statues of Emmeline Pankhurst and Millicent Garrett Fawcett — in Manchester and London respectively — are telling. There is no doubting the significance of these two cities to the history of women’s suffrage, but each part of the United Kingdom and Ireland had prominent and active ties to the campaign that worked in unity. This was acknowledged by the leaders as they traveled around the nation on rallies and demonstrations, promoting their cause and rallying campaigners. The 1913 Suffrage Annual and Women’s Who’s Who reveals a wealth of societies in every corner of every county of every country, demonstrating how popular the campaign was.

Leading suffrage campaigners invested in these local branches, understanding their importance to the campaign in their areas. In her 2006 book Rebel Girls, Jill Liddington documents the tour undertaken by the National Union of Women’s Suffrage Societies (NUWSS) across the Yorkshire countryside and smaller market towns, such as Huddersfield, and shows how these locations were given much attention by the WSPU. Emmeline Pankhurst herself opened the branch at a meeting in St. George’s Square, Huddersfield, which played an important role, as Liddington discovered, for the WSPU: the secretary and founder of the branch, Edith Key, used her house as a safe house for those escaping the Cat and Mouse Act, including Adela Pankhurst, daughter of Emmeline.

One of the most fascinating examples of how far the movement reached can be found at Shetland Museum and Archives. A minute book documented the activity of the Shetland Women’s Suffrage Society (SWSS) from 1909 to 1919. The society was formed in the house of Christina Jamieson, who went on to become secretary in Lerwick, the islands’ capital. The SWSS was affiliated to the NUWSS and devoted its time to addressing public meetings, handing out leaflets and contributing to the local press in support of suffrage. The lack of militant activity proved to work in the favor of Shetland’s suffragists. Shetland was generally supportive of women’s suffrage and seemed to respect the quiet yet efficient actions of the Society. In 1912 a male reader wrote to the Shetland News: “The local suffragists have been doing a lot of quiet, but very effective work … they have in many unobtrusive ways brought their views before others and have succeeded in securing many supporters.” They would continue to reject militancy for the length of their campaign.

The minute book offers insight into the mass of activity the group undertook. This includes public meetings and demonstrations, sending members to London to represent the society and producing a wealth of letters and articles to the Shetland Times and to the MP at the time, the Liberal Cathcart Watson.

The SWSS had a small audience and was small in numbers, but it still made an impact on the national campaign. In 1911, the Shetland Times featured an article written by Jamieson, reporting on the activity of the society and the impact the vote would have on the local women of Shetland. She wrote:

The SWSS highlighted the reason these regional societies were so important to the wider national campaign, whatever society they were affiliated to. Gaining the vote did not have the same meaning for every campaigner, every franchise or even every branch. What Jamieson demonstrates here is something that we rarely see: the diversity in the need to vote and the idea that not every society was voting merely for the sense of equality, but to change their lives and improve the lives of those around them. For the seamen’s wives, this meant voting in lieu of their husbands; being able to change their quality of life without reliance on their husbands, fathers or brothers.

The campaign is often tied to Britain’s big cities and to big names. But if suffrage had not flourished in every corner of the United Kingdom and if efforts had not been made to engage members in not only Ireland, Scotland and Wales but in more remote parts of England, too, the campaigns carried out by the different societies would not have succeeded as they did.

The cities have been the focus of this year’s commemorations, but we must also look to regional museums and archives and investigate the names of the women who may not have been arrested, or have stood on a platform with a Pankhurst. They, too, are part of the campaign’s success. 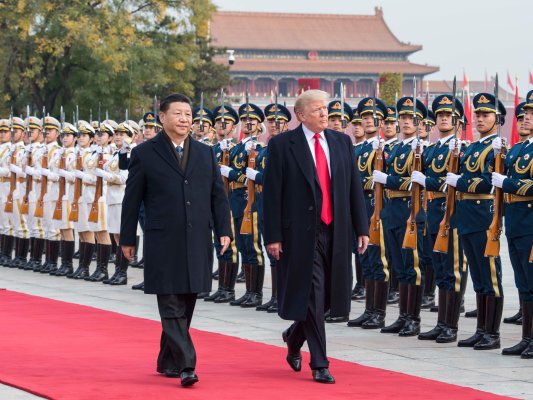 The Trump Administration Has Escalated Its Conflict with China Even Further. Here’s What Needs to Happen to Stay Out of War
Next Up: Editor's Pick