(Bloomberg) — CVS Health Corp. and Aetna Inc. can go ahead with their about $68 billion deal, the Justice Department said, clearing the way for a merger that will create a health-care giant with a hand in insurance, prescription-drug benefits and drugstores across the U.S.

A previously planned sale of Aetna’s Medicare drug plans to another insurer resolved the antitrust enforcer’s concerns, the Justice Department said in a statement Wednesday announcing the approval.

“The divestitures required here allow for the creation of an integrated pharmacy and health benefits company that has the potential to generate benefits by improving the quality and lowering the costs of the health-care services that American consumers can obtain,” Makan Delrahim, the head of the department’s antitrust division, said in the statement.

CVS has said the deal will enable a variety of new medical services to be brought into its stores, part of its shift from corner pharmacy chain to a hub for health care with thousands of locations around the country. It could also help steer Aetna customers into stores to shop.

Aetna last month agreed to sell its Medicare prescription-drug business to WellCare Health Plans Inc. to alleviate concerns that a takeover by CVS would otherwise harm competition among plans that sell pharmaceutical coverage to seniors.

Under the proposed settlement, Aetna will have to help WellCare run the business during the transition and give it the opportunity to hire key employees.

The Aetna acquisition is among the most significant health-care mergers of the past decade, combining one of the top U.S. drugstore chains with the third-biggest health insurer. Along with its thousands of retail pharmacies, CVS manages drug-benefits plans for employers and insurers. 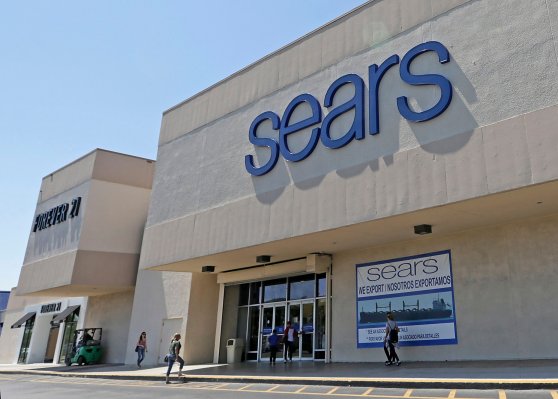 Sears Could File for Bankruptcy As Soon As This Weekend
Next Up: Editor's Pick