Want a Standing Desk? Show This Study to Your Boss

Standing desks became trendy because of their ability to cut into your sitting time, thereby improving your health and wellness in the workplace. And a small new study says the benefits don’t stop there: standing desks may actually improve your job performance, too.

Office workers who used desks that could be adjusted for sitting or standing reported significant reductions in the amount of time they spent sitting, better health and improved work performance at the end of a year-long trial, compared to employees who sat at their desks as usual. The results were published Wednesday in the BMJ.

The study involved 146 people who worked in office roles at the University Hospitals of Leicester NHS Trust in the U.K. Seventy-six participants were given sit-stand desks and completed training meant to encourage less sitting at work, including an educational seminar, individual coaching sessions and even a smart seat cushion, which reminded people to stand by vibrating. People in the other group didn’t get any coaching and worked at their desks as normal. Everyone’s sitting and standing time was measured by a device worn continuously on the thigh at the start of the study, and again at three, six and 12 months into the trial.

Those reductions may translate to real health benefits, the researchers write, since a recent research review linked sitting more than eight hours per day to a heightened risk of early death and cardiovascular disease. Type 2 diabetes risk also appears to increase the longer you sit each day.

The researchers also measured mental health and job performance in the new study. By the end of the trial, they found that people using sit-stand desks were more engaged at work and better at their jobs than their chair-bound peers, with less job-related fatigue, less daily anxiety and higher overall quality of life. They also reported fewer lower back issues than the control group.

The research suggests that sit-stand desks, which can be adjusted throughout the day, may be a better option than either static sitting or standing desks. While too much sedentary time is a bad thing, some research also suggests that being on your feet all day can take a toll on everything from physical comfort to productivity.

The results of the new study will need to be replicated in a larger group of people. But they provide a compelling argument for adjustable desks — at least when employees are motivated enough to use them. 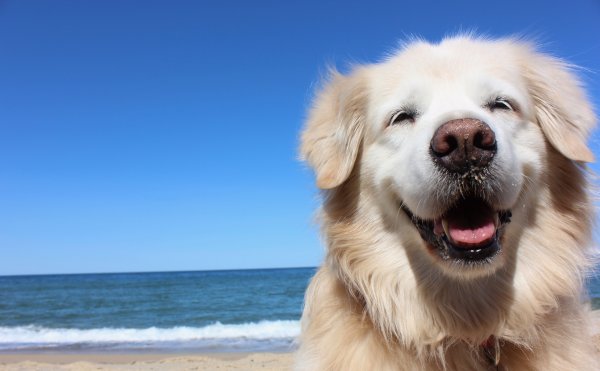 Your Dog Is Probably Dumber Than You Think, a New Study Says
Next Up: Editor's Pick