Trump Says Ivanka Trump Would Be a Great U.N. Ambassador—But Won't Appoint Her Because of a 'Nepotism' Issue

“Dina is certainly a person I would consider,” Trump told reporters at the White House on the way to board the presidential helicopter as he embarked on a trip to Iowa. But he added there are others he would also consider.

Trump said his daughter, Ivanka, would be a great ambassador to the UN but he wouldn’t appoint her because of a potential “nepotism” issue. “I’m not sure there’s anybody more competent,” Trump said.

Powell, 45, a former Trump deputy national security adviser, left the White House in January and joined Goldman’s management committee. She had previously been a Goldman partner and the firm’s global head of impact investing. Before that, she was an assistant secretary of state and a senior White House staffer during the administration of George W. Bush.

Powell’s last day at the White House was Jan. 12. Officials said at the time her departure was announced that she was leaving to spend more time with her family, who had remained behind in Manhattan.

While in Washington, she was criticized at times by the nationalist faction in Trump’s base of support, including then-chief strategist Steve Bannon, a fellow Goldman alum who left the White House last year to return briefly to the right-wing Breitbart website. She was closer with Trump’s daughter Ivanka and her husband Jared Kushner, who’s leading efforts to broker a deal to end the Israeli-Palestinian conflict. Kushner said when Powell’s departure was announced that she would “continue to play a key role in our peace efforts.” 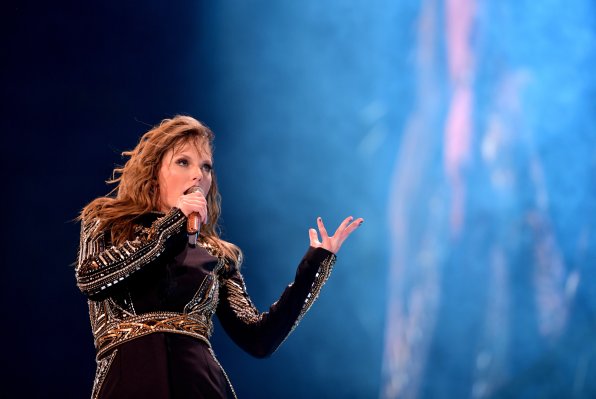 Why Taylor Swift's Endorsements Could Be Powerful
Next Up: Editor's Pick