New video footage shows a cruise ship off the coast of Cuba rocked by terrifying winds and thunder caused by Hurricane Michael.

Snapper Tams shared footage of Royal Caribbean’s Empress of the Sea‘s rough ride on Oct. 8 sometime between 7:30 p.m. and 9 p.m. as it was southwest of Isla de la Juventud. The ship is seen passing through a severe lighting storm as it makes its way to Havana.

The ship’s voyage to Havana was severely delayed due to the severe weather conditions from Hurricane Michael, according to Tamps, who added thatt the waters stayed rough all night. As of Tuesday afternoon, Tams said, conditions were still windy and choppy but that the clouds have opened more than they were before. The ship sat for a few hours on Tuesday morning waiting for Hurricane Michael to move through the Yucatan Channel.

As of Tuesday, Hurricane Michael upgraded to a Category 3 storm as it heads north at 2 mph with wind gust of at least 115 mph, according to the National Hurricane Center. Hurricane Michael is projected to make landfall along the Florida panhandle on Wednesday. 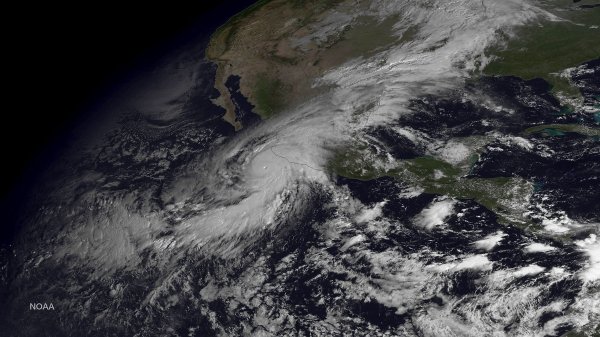 Why Hurricane Patricia Became the Strongest Storm Ever Recorded
Next Up: Editor's Pick