Scientists See a Treatment for Vision Loss in Lab-Grown Retinas

Researchers at Johns Hopkins University are exploring new treatments for vision loss after growing human retinas from scratch, according to a new paper published in the journal Science. The project advances scientists’ understanding of both retinal cell development and color vision, and it paves the way for potential treatments for vision disorders of all kinds.

“Our goal is to ultimately provide a way to grow retinas that can be transplanted, or stem cells that we can use for therapy, as a way to replace certain defective parts that lead to vision loss,” says Robert Johnston, a developmental biologist at Johns Hopkins and co-author of the paper.

The researchers started with a “clump” of stem cells in a dish; they used both embryonic and induced pluripotent stem cells, which can be programmed to turn into any type of cell, in the experiment. They then introduced small molecules that prompted the cells to develop into photoreceptors, which allow retinas to perceive light before sending those signals to the brain. The lab-grown cells appeared to follow the same developmental processes and timespan as they would in a human baby, says Kiara Eldred, a doctoral candidate who oversaw the project.

“One of the amazing things about the system is they really don’t need very much prompting,” Eldred says. “They actually go down this path of differentiation with fairly minimal input from us.”

Still, the work was painstaking. Eldred and her colleagues had to change the liquid the retinas were growing in every day for nearly a year. But over the months, they began to see various developmental processes at work, including those that determine color vision.

Each retinal cell at some point develops into one of two types: short, wide cells that allow humans to see blue colors, or long, skinny cells that allow us to see red or green colors. (If they develop into the latter type, the cells have to differentiate even further, allowing them to sense either red or green.) By growing retinas in the lab, the researchers were able to observe and analyze the mechanisms that influence that first step, which seems to be related to the release of thyroid hormones.

The dish-grown retinas will allow for more advanced research than what’s currently possible with animal models, Johnston says. Animals commonly used for research, such as mice and fish, do not have the same kind of tri-color, daytime vision that humans do, so using them in studies only takes scientists so far.

Growing retinas that are biologically identical to those in natural human eyes, on the other hand, allows researchers to study vision diseases and treatments with unprecedented accuracy. Using stem cells, researchers from other organizations have grown everything from brain tissue to breasts for similar research purposes.

With that door open, Eldred and other researchers in Johnston’s lab are launching new projects, seeking to understand everything from exactly how and when thyroid hormones affect retinal development, to what influences a cell’s choice between sensing red or green.

As they advance those studies, Johnston says, science is getting closer to a reality where “designer retinas” — those grown in the lab — could be used in eye transplants, or where doctors could restore sight by injecting programmed stem cells directly into the eyes of people with vision deficiencies.

“It’s early days to be saying exactly where we’re going to go with it,” Johnston says. “But the day is coming. It’s clearly on the horizon.”

The original version of this story misstated Robert Johnston’s last name. It is Johnston, not Johnson. 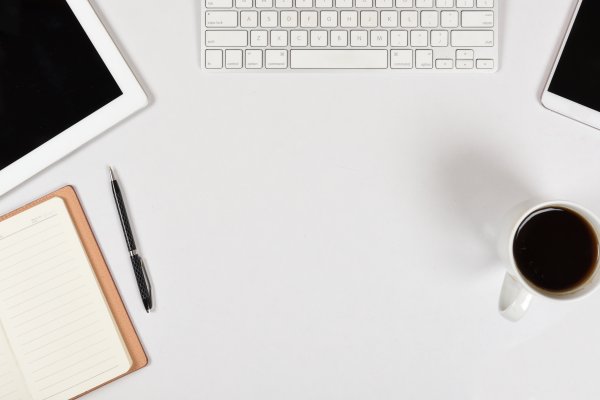 Want a Standing Desk? Show This Study to Your Boss
Next Up: Editor's Pick