This Is Brett Kavanaugh's First Question as a Supreme Court Justice

There were no signs of the recent contentious confirmation battle inside the Supreme Court Tuesday as Justice Brett Kavanaugh began his new job, asking his first question about 20 minutes into the first argument of the day.

Seated on the far right end of the bench, Kavanaugh listened alongside his eight colleagues to Stokeling v. United States, a case about whether a state robbery offense should be classified as a “violent felony” under the 1984 Armed Career Criminal Act, which is a criminal sentencing law that increases prison sentences after multiple violent felonies.

On Oct. 6, Kavanagh was confirmed to the court by a vote of 50-48 in the Senate, a slim victory after multiple women had accused him of sexual misconduct.

Within a half hour of the start of his first oral argument on the Supreme Court Tuesday, Kavanaugh had already proved he wouldn’t be a silent presence on the bench like Justice Clarence Thomas, who went through a similarly bruising confirmation process in 1991 but was famously quiet during questioning. 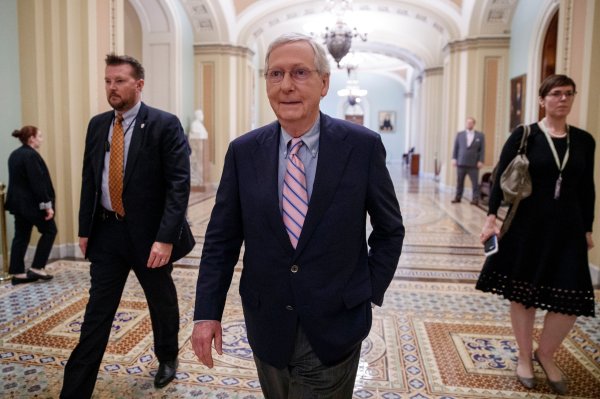 McConnell: Senate May Review Supreme Court Nominee in 2020
Next Up: Editor's Pick