President Trump Will Have Lunch With Kanye West This Week

President Trump will have lunch with Kanye West on Thursday, the White House says.

“Kanye West is coming to the White House to have lunch with President Trump and he will also meet with Jared Kushner,” said White House Press Secretary Sarah Sanders. “Topics of discussions will include manufacturing resurgence in America, prison reform, how to prevent gang violence, and what can be done to reduce violence in Chicago.”

The meeting, first reported by The New York Times, comes after Kanye’s controversial Sept. 29 Saturday Night Live appearance in which he gave an unscripted speech praising the President and denouncing the Democratic Party. Some Kanye fans and SNL cast members denounced the move.

The pair previously met at Trump Tower in 2016, soon after West first voiced his support for Trump, then President-elect.

Since then, Kanye has repeatedly spoken about his appreciation for Trump on social media and has appeared wearing hats emblazoned with the Trump campaign slogan, “Make America Great Again.”

Kim Kardashian, West’s wife, met with the President in the Oval Office in June. They discussed the life sentence of grandmother Alice Marie Johnson on drug charges. Trump commuted the sentence a week later.

The original version of this article misstated the date of the lunch. The lunch is set for Thursday Oct. 11, not Tuesday Oct. 9. 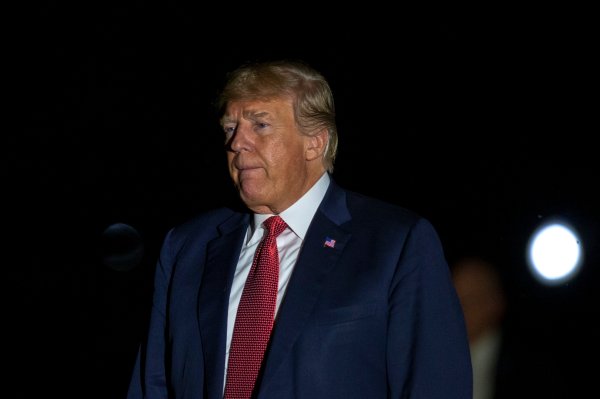 President Trump Boasts 'Beautiful' Support for Brett Kavanaugh Ahead of Confirmation Vote
Next Up: Editor's Pick