President Donald Trump’s back and forth with fellow celebrities is anything but over.

Following Taylor Swift’s Instagram endorsement of Democratic Tennessee candidates Phil Bredesen for Senate and Jim Cooper for House of Representatives in the upcoming Tennessee election, the President himself weighed in.

“In the past I’ve been reluctant to publicly voice my political opinions, but due to several events in my life and in the world in the past two years, I feel very differently about that now. As much as I have in the past and would like to continue voting for women in office, I cannot support Marsha Blackburn,” Swift wrote in her lengthy post.

On Monday at the White House, Trump doubled down. “Marsha Blackburn is doing a very good job now in Tennessee,” he said, according to The Hollywood Reporter. “She’s leading now substantially, which she should. She’s a tremendous woman. I’m sure Taylor Swift doesn’t know anything about her. Let’s say I like Taylor’s music about 25% less now, OK?”

A reporter had only just explained to Trump that the pop superstar took a side Sunday night after years of silence on political matters. So Trump was answering the question off the cuff.

Trump praised Swift’s music in 2012. But for Swift’s part, she did not wade into the 2016 election, and has famously never voiced an opinion about Trump’s administration. So after years of opting not to be vocal about politics with some exceptions, when she spoke up, it mattered. 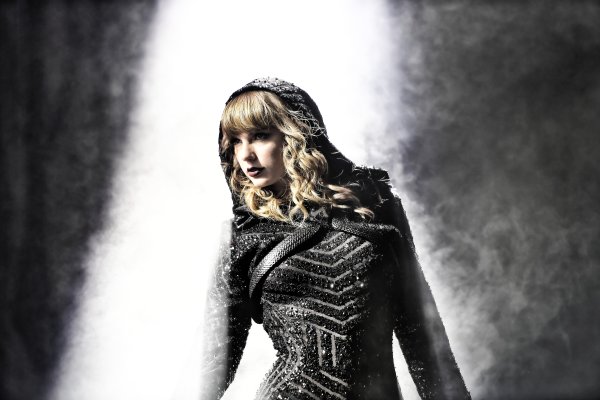 People Have Plenty to Say About the New Taylor Swift
Next Up: Editor's Pick