Owner of Limo That Crashed and Killed 20 May Be in Pakistan, Officials Say

The owner of the limousine company involved in the deadly crash that killed 20 people in upstate New York Saturday has been located, and investigators believe he is outside of the U.S.

“We have located the owner of the company,” said Maj. Robert Patnaude, a commander with the New York State Police, at a news conference Monday.

Shahed Hussain, the owner of Prestige Limousine, the company that operated the fatal vehicle, is currently out the U.S. and possibly in Pakistan, police said Monday. But questions still remain about his identity and the veracity of Prestige itself, which has previously been under the scrutiny of the Department of Transportation.

Reporters on Monday inquired about Hussain’s criminal history, asking police whether Hussain was the same man who had testified in a federal criminal case in Albany in 2014, to which Patnaude replied, “I would refer you to the FBI.”

According to a New York Times report using public records, Hussain shares the same name and address as a man who is a “former informant for the F.B.I. who has testified in two prominent terrorism cases.” The Times also reported that a law enforcement official “suggested that his son may operate the limousine company.”

In the report, the manager of the hotel out of which Prestige Limousine operated said the owner’s name was “Malik” and lived in Dubai. According to the Times, the informant with the last name Hussain used the name Malik when working with the F.B.I. in the past. The Times also reported that Prestige had a “history of suspicious dealings that seemed to extend to Dubai.”

Possible criminal ties aside, Prestige recently failed an inspection of its vehicles and the driver of the converted 2001 For Excursion limousine did not have the proper license to be operating the vehicle.

Investigators are hoping the recovery of the limo’s “black box” will provide clues about what caused the accident.

“We’re in possession of the air bag control module, what would be considered the vehicle’s black box,” said Patnaude. “That is being being analyzed for post crash data.”

Both the National Transportation Safety Board and the New York State Police are conducting separate investigations but sharing relevant information. A forensic investigation unit is examining the vehicle and the collision reconstruction team will also perform a mechanical examination, police said. Autopsies of the victims are still being conducted at Albany Medical Center, and a list of the victims names will not be released until they are finished and all of the families have been notified.

Officials said the crash is the worst land-transportation accident in the country since 2009. 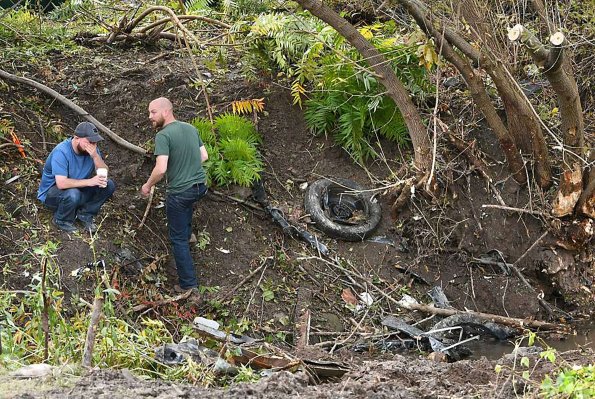