Meghan McCain made an emotional return to ABC’s The View for the first time since the death of her father, Sen. John McCain.

“I have a lot of things to say and this is probably the only time I’m going to get a segment to myself to say it,” McCain said, before thanking her co-hosts on The View for their kindness following her father’s death in August.

McCain also extended her thanks to “all of America” for their show of support, which she said made her “so inspired that the ideals that my father espoused through his career are the ideals of America.”

“There was a lot of talk about what died with him,” she said. “And I am here today to tell you, it didn’t. It is alive and well. And I need us to remember that.”

McCain made an apparent reference to the eulogy she delivered at her father’s funeral which included a rebuke of President Donald Trump.

“He believed in American exceptionalism, he believed that America is the greatest country in the history of the world,” she said. “He believed that when your candidate’s opponent says something racist at a rally, you push back. That is John McCain.”

“That’s how I feel,” she said. “We can never surrender to what is happening in our country right now. I understand how divided and how scared a lot of people are, and it looks like the fabric of democracy is fraying. We do not surrender.” 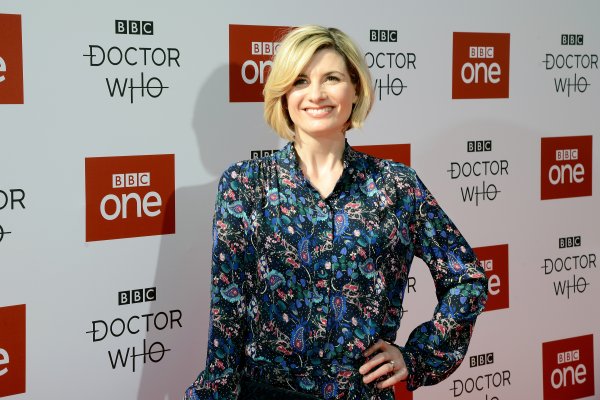 Doctor Who's First Female Doctor Delivers the Show's Biggest Audience in a Decade
Next Up: Editor's Pick