Hundreds of protesters gathered at the Capitol steps and in front of the Supreme Court with signs opposing judge Kavanaugh, who has been publicly accused of sexual misconduct by three women. Dr. Christine Blasey Ford testified in front of the Senate Judiciary Committee last week, detailing an alleged sexual assault that took place in the 1980s. Dr. Ford claimed that Kavanaugh pinned her down and covered her mouth to conceal her screams as he grinded on her and attempted to remove her one-piece bathing suit. Kavanaugh has denied all claims made against him.

Later this afternoon, the Senate has scheduled a confirmation vote for Kavanaugh following a week-long FBI investigation. 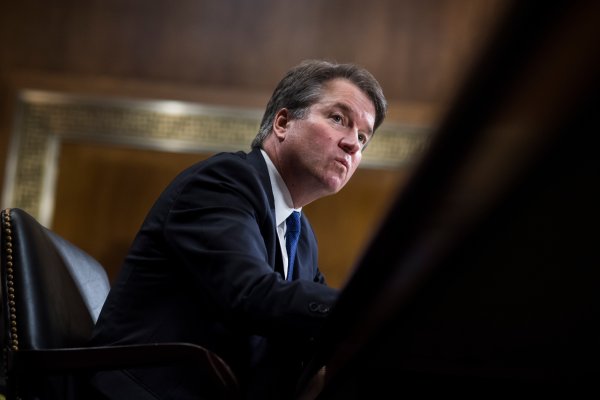 Kavanaugh Accuser Deborah Ramirez Says Senate Chose to 'Look the Other Way' on Supreme Court Nominee
Next Up: Editor's Pick