Woman Who Started Fire at Ex-Boyfriend's Home Caused Much Damage

A Maryland woman was charged with starting a fire at an apartment building in New Carrolton, MD because she was allegedly upset with her ex-boyfriend.

According to NBC 4 Washington, Natasha Ciara Joyner, 32, is facing charges of first-degree arson, malicious burning, reckless endangerment, among other chrages because of the fire, which caused $2.2 million in damages. Although no one was injured because of the blaze, the fire displaced 132 people.

WJLA reports that the fire, which took place last month, damaged four apartment buildings and 44 apartments. The fire was so intense that the Prince George’s County fire department said that their firefighters had to get water from hydrants down the street after their water supply was sapped from the hydrants near the apartment building. Fire officials say they believe that Joyner started the fire to get revenge on her ex-boyfriend. 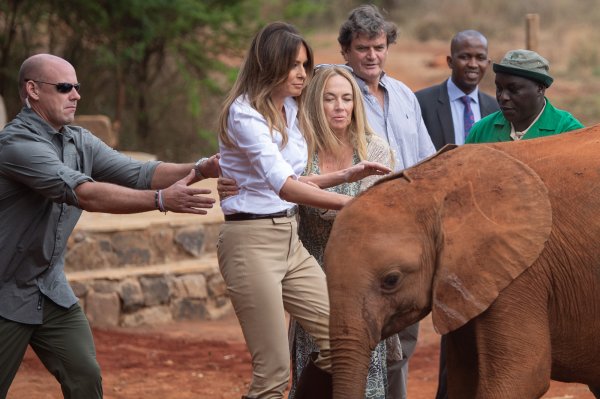 Melania Trump Gets Playfully Bumped by a Baby Elephant in Video of Kenya Visit
Next Up: Editor's Pick