Man Uses Meteorite Worth $100,000 As Doorstop for 30 Years Before Finding Out It's a Very Big Deal

A meteorite in Michigan worth $100,000 has been holding open a door at a Michigan farm for the past 30 years.

According to Central Michigan University, the 22-pound meteorite rock was brought in to be examined by an unnamed man who said he had been using it as a doorstop for several decades. CMU geology professor Mona Sirbescu said that this is the first time in her time at the university that a rock she has been asked to test actually turned out to be a meteorite.

“For 18 years, the answer has been categorically ‘no’—meteor wrongs, not meteorites,” Sibescu said in a statement from CMU on Thursday, CNN reports. “I could tell right away that this was something special.”

The chunk of iron—which was confirmed as a space rock by the Smithsonian Institution in Washington, D.C.—is the sixth-largest meteorite ever found in Michigan, according to the museum. “It’s the most valuable specimen I have ever held in my life, monetarily and scientifically,” Sibescu said. 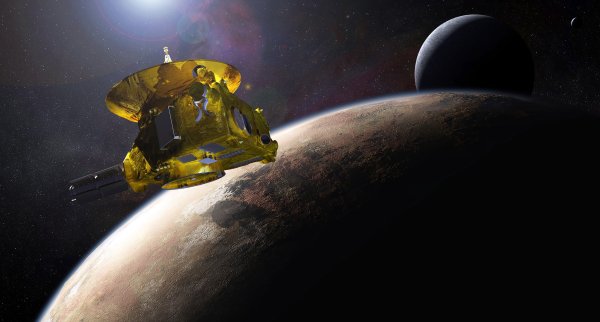 See Almost Every NASA Spacecraft Ever Launched
Next Up: Editor's Pick