Whoever says a friendly plush mascot can’t go hardcore on the drums would be wrong.

Certainly not musician and viral star Nyango Star, a Japanese performance artist and character who has become an internet sensation thanks to its no-holds-barred approach to his craft — all while dressed in a giant mascot costume of a character that’s a mix between a giant pink cat and an apple. Nyango Star has been around for a while in Japan; videos show it rocking out to heavy metal as far back as three years ago. And it’s apparently a regular public performer, even collaborating with non-costumed bands in the past.

But it’s a random performance onstage in what appears to be a children’s show of some kind that has gone viral on Twitter this week, after it was resurfaced by music publicist Eric Alper. “When you’re overqualified for the job,” he joked about the video, which shows Nyango Star going positively ham on the drums about a minute in. Commenters have clarified that the song at hand is the theme tune from the Japanese children’s show Anpanman, but a brief perusal of Nyango Star’s body of work shows the artist is an expert at everything from Slipknot to other metal music, and has gone viral before.

The character of Nyango Star has something of a tragic backstory; according to a biographical website, the creature was born after a cat was buried in an apple orchard and was reincarnated as an apple. It must make it to Hollywood in order to regain its cat form — thus Nyango Star’s intent on becoming a famous musician. Naturally.

Check out the impressive drumming mascot below. Maybe Gritty could learn a lesson or two from Nyango Star. 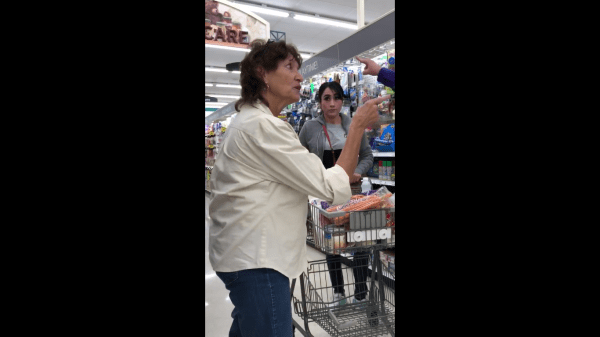