The U.N.'s Climate Report Exposes How Badly Wrong Leaders Like Trump Have Got Climate Change

Climate change is a global challenge demanding global solutions. No one country can face it alone, no matter that nation’s political, economic or military might. From the richest to the poorest, we all share one planet, and we all have a stake in its survival.

This is why the latest report from the United Nations’ Intergovernmental Panel on Climate Change (IPCC) makes for such alarming reading and demands immediate, concerted action from everyone — particularly our leaders.

The report sets out starkly that, without a rapid change of course, global temperatures will rise above the 1.5°C level that scientists view as the bare minimum to avert catastrophic climate change, including rising sea waters, desertification and droughts.

This change will not happen, however, unless leaders in politics and business put their money where their mouth is and finally deliver the billions of dollars needed to make the transition to a green economy.

Nearly a decade ago, leaders of developed countries committed at the 2009 Copenhagen climate conference to mobilizing $100 billion per year of public and private finance by 2020 for climate action in developing countries.

The pledge was reiterated in Paris, but funds committed to date are nowhere near the target; according to global NGO Oxfam, climate finance in 2015-16 amounted to $48 billion per year, but only $9 billion went to least-developed countries.

According to NASA, global temperatures are already 0.9 degrees Celsius higher than at the end of the nineteenth century. The past few months alone have shown us what this means in terms of extreme weather events: wildfires from California to the Arctic Circle, hurricanes battering the Eastern Seaboard of the United States and unprecedented drought in Australia.

Three years ago, as Secretary-General of the United Nations, I was proud to have helped secure the Paris Agreement on Climate Change. All 193 U.N. member states signed up to this deal — a rare feat in international diplomacy — which acknowledges the existential threat climate change poses to us all.

Today, I continue to believe that the Paris Agreement offers the best hope of delivering a robust and just transition to a zero-carbon, climate-resilient economy that protects lives and livelihoods, especially for the most vulnerable of the world’s population.

But I am alarmed and disappointed at the inadequate pace of progress, especially by the major polluting economies. The IPCC report makes it clear that the time for talking is over — this is literally a matter of life and death. To give just one example, Yale scientists predict that the difference between a 1.5 degree and 2 degree rise in global temperatures could cut corn yields in parts of Africa by half.

President Donald Trump’s decision in June 2017 to withdraw the United States from the Paris Agreement was politically short-sighted, and scientifically wrong. I am afraid he will be judged as standing on the wrong side of the history.

I have been heartened over the past year by the determination of countless Americans to reaffirm their commitment to the Paris Agreement and to keep taking climate change seriously, from state governors and city mayors to business leaders, labour unions, faith groups and ordinary citizens.

However, this groundswell of civic responsibility should not let President Trump off the hook — or indeed any other leader tempted to shirk or diminish their responsibilities. They need to be held to account in international fora, by national electorates and in the wider court of public opinion.

The private sector also needs to step up and play its part. Industries and investors need to be bold and far-sighted, for example by cutting all links to fossil fuels and supporting a carbon price. If they act now, they can seize new opportunities from innovative technologies, rather than risk onerous costs as climate change makes previous business models unsustainable.

The International Labour Organisation predicts that the green economy will create 24 million jobs by 2030, and that those at the vanguard of climate action are best placed to benefit from this economic transformation.

Without responsible governance, it will not be possible to deliver a just transition to a new, sustainable and green economy. We need to invest in new technology and new training, and we need to ensure access to clean, reliable energy for all to lift even more people out of poverty.

Important steps are already being taken. On Oct. 16, Prime Minister Mark Rutte of the Netherlands and a dozen global leaders, including United Kingdom Prime Minister Theresa May, German Chancellor Angela Merkel and Bangladeshi Prime Minister Sheikh Hasina, will launch a Global Commission on Adaptation to lift even more people out of poverty.

I will be honored to chair this Commission together with Bill Gates and Kristalina Georgieva, CEO of the World Bank. This Commission will submit its flagship report to the Climate Change summit convened by U.N. Secretary General António Guterres in September 2019, the fifth anniversary of the adoption of the Paris Agreement.

Our collective challenge is daunting. Equity, inclusivity and cooperation must underpin our response to meet the 1.5-degree targets. Climate change respects no borders; our actions must transcend all frontiers. 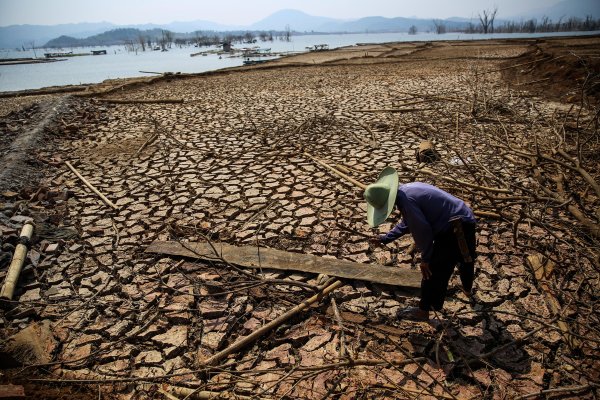