Toddler Shreds Up Parents' $1,000 Savings Because the Rules Don't Apply to Him

Leo Belnap may not share his parents’ love for University of Utah football. The money that they had carefully saved up for season tickets wound up in the paper shredder—and 2-year-old Leo is the prime suspect.

Jackee and Ben Belnap had managed to save $1,060, carefully tucked into an envelope that they were going to send to Ben’s parents to repay them for the cost of season tickets to root on their favorite college football team. The envelope disappeared over the weekend and after a thorough investigation, they found its remains in the family’s shredder, according to local news outlet KSL in Utah.

Apparently the Belnap’s toddler is well-versed in the ways of shredding, as he frequently helps his mom shred their junk mail or important documents that they don’t want to throw in the trash whole. His parents believe he used his near-professional level shredding skills on the envelope containing their hard-earned cash when they weren’t paying close enough attention. They believe it was an accident of sorts and not a statement about the football team’s performance against Washington State on Saturday.

After discovering the whereabouts of their cash, the adult Belnaps set about trying to separate the cash from the paper. The image Ben shared on Twitter shows the difficulty of the task:

While the family hopes that the United States Department of Treasury can refund at least some of their shredded currency, for now they are taking the long view. “It took a few hours to get over the shock but it really is hilarious. Will make for a good wedding story!,” Ben tweeted.

On the bright side, the ticket office at the University of Utah heard about their plight and is offering to help soothe a little of their pain with free tickets. 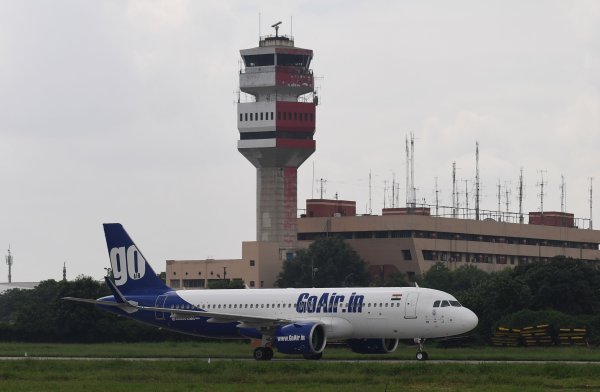 Man on Plane Tries to Open Exit Door in Ill-Advised Attempt to Find the Bathroom
Next Up: Editor's Pick