President Donald Trump lashed out at some of the protesters who flooded the U.S. Capitol to speak out against Supreme Court nominee Brett Kavanaugh’s confirmation, calling them “very rude elevator screamers” and “paid professionals.”

“The very rude elevator screamers are paid professionals only looking to make Senators look bad,” Trump tweeted Friday morning, offering no evidence for his claim that they were paid. “Don’t fall for it! Also, look at all of the professionally made identical signs. Paid for by Soros and others. These are not signs made in the basement from love! #Troublemakers.”

Trump has previously dismissed protesters by claiming they were paid. Notably, Trump paid actors from a casting agency to appear as supporters at the launch of his presidential campaign, the Hollywood Reporter found in 2015.

Protesters, including victims of sexual assault, have confronted Republican Senators in the Capitol during the past week, at least twice in elevators, urging them not to confirm Kavanaugh, who faces allegations of sexual misconduct from three women. Last week, Christine Blasey Ford testified that Kavanaugh had pinned her to a bed, covered her mouth and tried to remove her clothes at a party in high school. Kavanaugh has denied the allegations.

Trumps’ comments echoed those of Iowa Senator Chuck Grassley, who was asked Friday in a Fox Business interview whether he thinks progressive billionaire George Soros is paying protesters. “I have heard so many people believe that,” Grassley said. “I tend to believe it.”

At least a thousand protesters demonstrated at the Capitol on Thursday, chanting “arrest sexual predators, not protesters,” holding signs that said, “Believe survivors.” In one instance, women approached Utah Sen. Orrin Hatch as he entered an elevator. “Why aren’t you brave enough to talk to us and exchange with us?” one of the protesters said. Hatch waved them away and told them to “grow up.”

Last week, two women confronted Arizona Sen. Jeff Flake in an elevator. “You’re telling me that my assault doesn’t matter, that what happened to me doesn’t matter,” one of the women said, urging him to look her in the eyes as she blocked the elevator door from closing.

The other woman, 39-year-old Ana Maria Archila, said she confronted Flake because she identified with Ford’s experience. Archila told TIME she was molested by a boy 10 years older, when she was just 5 years old.

“No one can pay for someone’s lived experiences. The pain, the trauma, and the rage that I expressed when I spoke with Senator Jeff Flake in an elevator were my own, and I held it for more than 30 years to protect the people I love from it,” Archila said in a statement about Trump’s tweet on Friday. “President Trump is, again, trying to ignore the experiences of people in this country by discrediting individuals who dare to raise our voices and force elected officials to listen to our stories, to look us in the eye, to not turn away.”

The women were credited with persuading Flake to change his mind last week. Hours after the confrontation, Flake made his “yes” vote for Kavanaugh conditional, calling for an FBI investigation into the claims of sexual assault.

Senators are voting Friday on cloture for Kavanaugh’s confirmation. 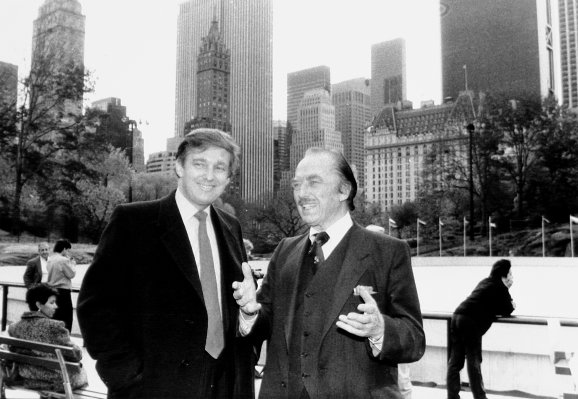 Here's What Stood Out About the Trump Family's Taxes, According to 2 Former Federal Tax Lawyers
Next Up: Editor's Pick