The juxtaposition of Dr. Christine Blasey Ford’s and Judge Brett Kavanaugh’s demeanor was stark. Despite the stress, nerves and emotions that come with detailing her alleged assault publicly, Ford maintained a pleasant disposition, spoke steadily and was deferential. In Kavanaugh’s opening statement, the polite nature he had displayed in the hearings weeks prior was gone. He was forceful, irreverent and loud; he stood up for himself.

While Kavanaugh’s critics have said his behavior revealed a temperament unfit for the Supreme Court, it more importantly demonstrated the double standard for how men and women communicate. Had Ford spoken with the same tone and flippancy as Kavanaugh, she would have surely been described as unstable or combative.

Women who hold elective office face these challenges daily. They often don’t speak out as forcefully as their male colleagues. They temper their remarks to be taken seriously. They navigate the assumption that emotional language isn’t constructive, that it undermines the point being made, that it is a “distraction.”

I remember the first challenge I experienced myself was when, as a freshman Freeholder, I was given the assignment of locating and supervising the construction of a courthouse. At the first meeting with the union leaders on the job, it was clear that they were very skeptical of reporting to a thirty-something woman. What I told them was that, while I didn’t know anything about construction, I did know what the judiciary required, and we would have to work together. I also mentioned that I would sign off on the checks. We brought the building in on time and under budget.

I decided early on in my career that, when I was critiqued for what I wore or how I did my hair, it was their problem. I was not going to change my sex, so I just had to keep focused on what I wanted to achieve and not be thrown off by snide remarks.

But what happens when women’s speech is constricted is that, in turn, we are surprised when women speak up, because we aren’t used to hearing them. This is not how our country should work.

We should increase the number of strong women in leadership roles, both in politics and business. Doing so would help normalize their voices—and empower people who will listen to victims of sexual assault, hopefully encouraging them to feel safer in sharing their stories. This would lead to actual justice for victims and due process for the accused.

In just about one year, our country has profoundly changed the way we address victims of sexual abuse, harassment, assault and their abusers. But Ford and Kavanaugh showed how far we still have to go. 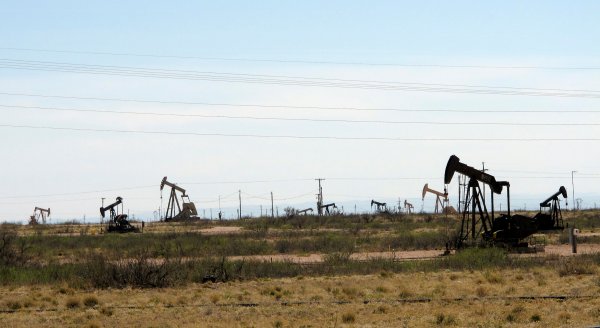 Oil Companies Say They’re Going Green. Here’s What that Would Mean for the Fight Against Climate Change
Next Up: Editor's Pick