Mukwege and Murad jointly won the award for their efforts to end the use of sexual violence as a weapon of war, said committee chairwoman Berit Reiss-Andersen, speaking at a ceremony at the Norwegian Nobel Institute in Oslo.

Murad, a Yazidi-Kurdish human rights activist, was captured by ISIS militants in 2014 and has spoken out about the abuse she suffered at their hands. In November 2017 she published her story in The Last Girl: My Story of Captivity, and My Fight Against the Islamic State. Reiss-Andersen said she had shown “uncommon courage” in recounting her suffering on behalf of other victims. “She refused to accept the social codes that required women to remain silent and ashamed of the abuses to which they have been subjected,” she said.

Her work as an advocate for the Yazidis, a persecuted religious minority in Iraq, helped to bring international attention to their plight and to secure the passing of a U.N. resolution last year to create a team to investigate ISIS crimes.

At 25, Murad is the second-youngest Nobel Peace Laureate ever, after Malala Yousafazi in 2014.

Mukwege, a gynecologist, has spent his life working with victims of sexual violence in the Democratic Republic of Congo.

In 1999 he founded the Panzi hospital in the eastern city of Bukavu. He and his team have treated tens of thousands of victims of sexual and gender-based violence in the DRC, where, according to a 2011 study, 48 women are raped every hour.

Reiss-Andersen said the committee had not yet been able to reach Murad or Mukwege to tell them they had won the prize. “If they are watching this, my heartfelt congratulations,” she said.

The pair were among 331 nominees to become 2018’s Nobel Peace Laureate, including 216 individuals and 115. It was the second-highest number of candidates ever, after the year 2016.

The Peace Prize is given every year to the person who has done most to advance the cause of world peace. Last year’s winner was the International Campaign to Abolish Nuclear Weapons.

The oddsmakers favourites for this year’s prize had been South and North Korean leaders Moon Jae-in and Kim Jong-un, with the public betting that their negotiations over nuclear disarmament would impress the committee. 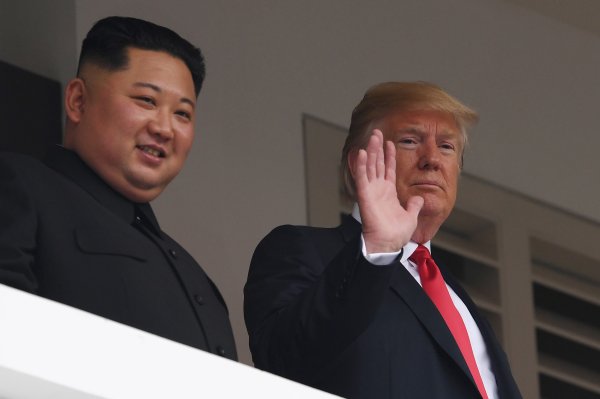 Here Are the Favorites to Win the 2018 Nobel Peace Prize
Next Up: Editor's Pick