Google announces a new Chromebox that will be helpful to businesses.
Asus
By Jared Newman

Google is attacking the desktop PC with renewed purpose, announcing a wave of new Chromeboxes and a suite of meeting tools for businesses.

Unless you’re running an IT department, the most interesting Chromebox will be the $179 model from Asus. It has an Intel Celeron processor, 2 GB of RAM, 16 GB of storage, four USB ports and an SD card slot, along with an HDMI output for connecting to an external monitor. Essentially, it’s a low-end Chromebook minus the screen and keyboard.

While this isn’t the first attempt at putting Chrome OS on a desktop PC, Asus’ Chromebox is far cheaper than the $329 Samsung model that preceded it. The price alone makes it interesting if you’re in need of a secondary desktop computer but, as always, the browser-based operating system can be limiting. For a primary PC you’re probably better off with a Mac or Windows-based machine with faster performance, more storage and the ability to run more than just the Chrome browser.

Meanwhile, Google is honing its pitch to business users with “Chromebox for Meetings,” a $999-and-up package of videoconferencing tools. Buyers get a beefed-up Chromebox with an Intel Core i7 processor for 4K video support, plus an HD camera, an omni-directional microphone and speaker and a remote control with a full QWERTY keyboard. Conferences happen over Google+ Hangouts, and users manage invites through a web-based console–no dial-in codes required. You still have to provide your own monitor, TV or projector, though, and there’s an annual fee of $250 for support and management. Still, Google says it’s a lot cheaper than what companies typically pay to set up a meeting room.

Google says HP and Dell are also building their own Chromeboxes. Dell isn’t offering any details yet, but a teaser page from HP suggests that it’ll have low-end and Core i7 models available, just like Asus.

There’s still no word on exactly when any of these Chromeboxes are going to launch, but the $179 Asus model is expected to arrive next month, while HP is saying spring 2014. 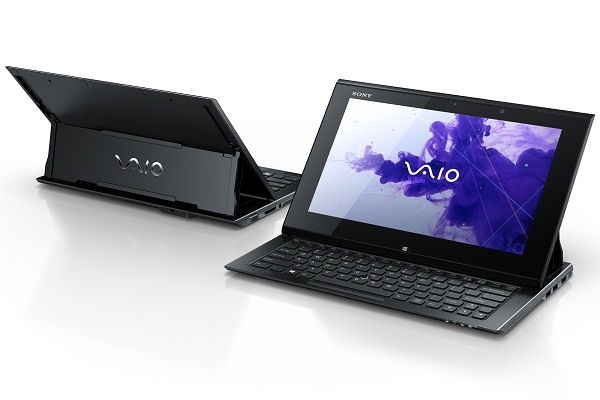 Sony Quits the PC Business. Good!
Next Up: Editor's Pick