'Why Don't We Dunk Him in Water and See If He Floats.' Lindsey Graham Fires Back at Kavanaugh Protestor

Following the Senate’s review of the FBI report on the sexual misconduct allegations against Supreme Court nominee Brett Kavanaugh, Sen. Lindsey Graham snapped back at a protester while speaking to the media about the investigation.

Footage of the exchange on Thursday shows a woman standing behind Graham attempt to confront him about Kavanaugh not taking a polygraph test before Graham turns his head to address her. “You’ve humiliated this guy enough and there seems to be no bottom for some of you,” he says. “Why don’t we dunk him in water and see if he floats.”

Senate Judiciary Chairman Chuck Grassley said the report—which is only available in hard copy and is being held inside a Sensitive Compartmented Information Facility in the Capitol—found “no hint of misconduct.”

However, some Democratic Senators were quick to dispute Grassley’s assessment, with Sen. Dianne Feinstein, the ranking Democrat on the judiciary committee, stating that she believed the report was “the product of an incomplete investigation.”

The Senate is set to vote on Kavanaugh’s nomination on Friday.

Watch the full Lindsey Graham clip below. You can read the latest news on the investigation into allegations of sexual assault against Kavanaugh here. 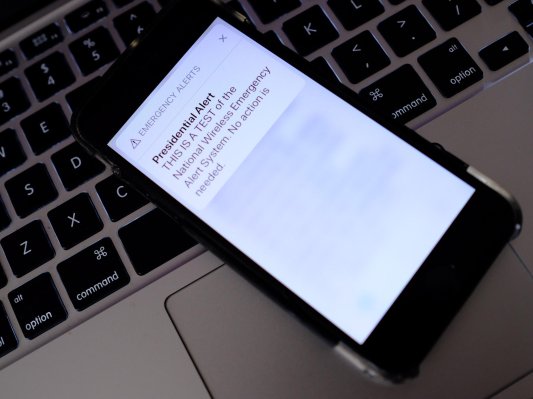 People Have Plenty to Say About the First Presidential Alert
Next Up: Editor's Pick