“You know, I’d say I’m starting to think a bipolar sociopath with no moral compass might not have been our best choice for president,” said Kimmel on Jimmy Kimmel Live! on Wednesday night. He also turned his attention to the crowd’s behavior: “The people in the crowd, when he did this, they loved it. He mocked this woman’s story about a sexual assault, they ate it up, they laughed, they cheered. I really don’t understand it.”

The comments were perhaps even more surprising in the context, which Kimmel noted was a “rally to support Mississippi’s first-ever female senator.”

While the White House stated that Trump wasn’t mocking Ford’s assault, but rather “stating the facts”, key swing Senate Republicans and some of Trump’s usual supporters distanced themselves from his comments. “He even got a bad review from his closest friends,” Kimmel noted. “When Fox & Friends thinks Trump blew it, it got blown.” 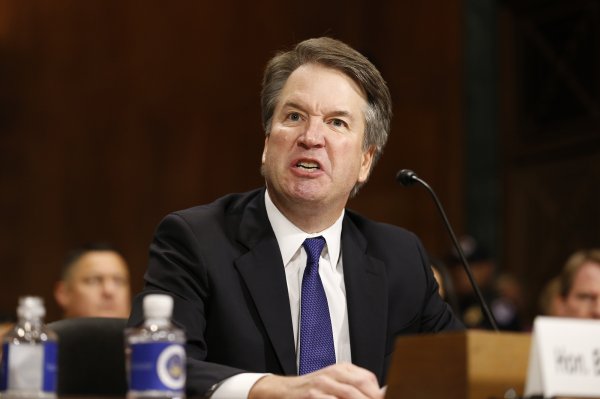 Stephen Colbert Made a Musical Kavanaugh Parody
Next Up: Editor's Pick