A police officer in Florence, South Carolina died Wednesday in a shooting that left six other law enforcement officers injured and ended with a suspect in custody.

The slain officer was identified late Wednesday as Terrence Carraway, of Darlington, South Carolina. Carraway, 52, was described as a “veteran officer” of the Florence police force. He was pronounced dead at a local hospital, according to a release from the Florence County Coroner’s Office.

Three deputies with the Florence County Sheriff’s Office and three other Florence police officers were also among the wounded, authorities said at a press conference Wednesday night, describing the incident as “a terrible situation.”

Authorities have not released more information about the condition of the injured law enforcement officers.

“These officers are my family,” Florence Police Chief Allen Heidler said at the press briefing. “Pray for the family who lost the bravest police officer that I have ever known.”

The shootout ended a two-hour standoff in an upscale neighborhood outside of Florence, where the shooter had taken children hostage inside a house, the Associated Press reports. None of the children were reportedly injured in the incident.

Three Florence County deputies were shot from inside the home after they attempted to serve a warrant at around 4:00 p.m. on Wednesday, Florence County Sheriff’s Maj. Mike Nunn said. Officers declined to disclose details about the warrant.

The suspect then shot four additional Florence city police officers, one fatally, as law enforcement converged on the location to assist the deputies, according to Florence Police Chief Allen Heidler.

“The city of Florence… mourns tonight the loss of one of our own, and we pray for those who are wounded and still in jeopardy,” Florence Mayor Stephen Wukela said at the press conference. “We can be reassured somewhat in the knowledge that the officer that passed and those who were wounded were doing what they love — which is protecting this community and protecting one another.”

“The active shooting situation is over and the suspect is in custody,” Florence County Emergency Management tweeted just after 6 p.m. Wednesday. “We are asking everyone to stay away from Vintage Place as there is still an active crime investigation in progress.”

“My thoughts and prayers are with the Florence County Sheriff’s Office and the Florence Police Department tonight, in South Carolina,” President Trump tweeted Wednesday night. “We are forever grateful for what our Law Enforcement Officers do 24/7/365.” 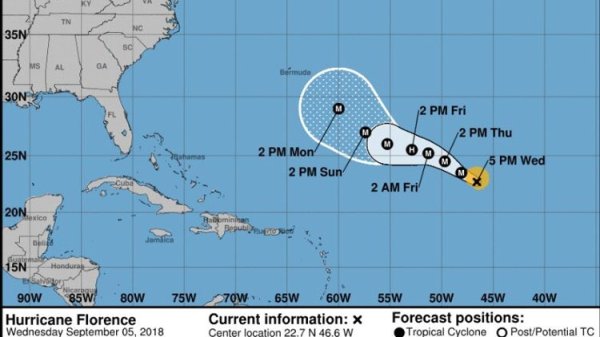