Trump Administration Tears Up Treaty In Latest Confrontation With Iran

Hours after the United Nations’ top court said the United States was in breach of a decades-old bilateral agreement with Iran, the Trump Administration withdrew from the treaty altogether.

The reflexive decision to tear-up the Treaty of Amity, a 1955 pact that promotes ties between the U.S. and Iran, was the latest in a series of White House moves to confront Tehran.

“This is a decision, frankly, that is 39 years overdue,” Secretary of State Mike Pompeo said Wednesday, referencing Iran’s Islamic Revolution of 1979, which overthrew the U.S.-backed government of Shah Mohammad Reza Pahlavi.

The White House’s move came after the International Court of Justice’s unanimous ruling that the U.S. “must remove” any sanctions that would stop the flow of food, medical supplies and other humanitarian products that “may have a serious detrimental impact on the health and lives of individuals on the territory of Iran.”

The U.S. announced it would be implementing new economy-crippling sanctions against Iran in May when President Donald Trump pulled out of the 2015 nuclear deal, officially known as the Joint Comprehensive Plan of Action, or JCPOA. The decision prompted Iran to file a lawsuit in July alleging that the sanctions violated the Amity treaty.

Iran won a partial victory on sanctions relief from the International Court of Justice located at The Hague. Pompeo accused Iran of attempting to impinge on the sovereign rights of the United States. “Iran is abusing the ICJ for political and propaganda purposes and their case, as you can see from the decision, lacked merit,” he said.

The ruling came just a month before the Trump Administration plans to further isolate Iran from the world economy through another round of sanctions. On Nov. 4, the U.S. will impose measures that target Iran’s oil sales and banking transactions. Trump promised in September these additional actions would be “tougher than ever before.”

The JCPOA brought Iran’s nuclear program under tight international controls, but freed the country from heavy sanctions. Tehran has stayed in accordance with the agreement, despite the U.S. pullout, while also trying to salvage a deal with the remaining stakeholders: Russia, China, Germany, Britain and France.

The Treaty of Amity was one of the last remaining U.S. vehicles through which it maintained normal relations with Iran. The Trump Administration has systematically ripped up standing agreements as it pursues a strategy of confrontation in the Middle East.

On Friday, Pompeo pulled all U.S. diplomats out of the American consulate in Basra, Iraq, after several violent incidents near the facility and elsewhere in the country. No Americans were hurt, but the Trump Administration blamed Iranian-backed militias for a week of violent protests last month in the southeastern city located near the Iranian border. The U.S. also blamed Iran for a rocket attack near the American embassy in Baghdad. “Iran is the origin of the current threat to Americans in Iraq,” Pompeo said. “Our intelligence in this regard is solid.”

The U.S. has yet to publicly provide any evidence to back up that claim. Iran has denied that it’s behind any such attacks, pointing to the fact that its own consulate in Basra was itself burned down Sept. 7 during the protests.

Iran hawks in the Trump Administration, like Pompeo and National Security Adviser John Bolton, have condemned Iran’s continued pursuit of ballistic missile technology and support of proxy militias in war-torn places such as Iraq, Syria, and Yemen. These issues are not covered under the JCPOA, which is why Trump said he pulled out of the agreement.

Since Trump walked away from the deal, Iran Foreign Minister Mohammad Javad Zarif has accused the United States of violating international law and bullying other countries to stop trading with Iran.

“Iran is a rogue regime, it has been a threat throughout the Middle East,” Bolton told reporters Wednesday at the White House. “So I don’t take what they say seriously at all.”

The U.S. military has thus far avoided direct confrontation with Iranian forces — even when Iranian forces launched missiles against an ISIS militant enclave in eastern Syria without warning U.S. military forces located in the region. “These strikes potentially jeopardize the forces on the ground that are actually fighting ISIS and puts them in danger,” Col. Sean Ryan, a U.S. Army spokesman for the military coalition fighting ISIS, told reporters at the Pentagon via teleconference. “Any time that our forces are put in danger, then we’ll definitely take a look at that and make sure we take all the precautions necessary,” he said.

Last month, Bolton said that the 2,200 U.S. troops inside Syria are “not going to leave as long as Iranian troops are outside Iranian borders, and that includes Iranian proxies and militias.” U.S. military leaders have since tried to emphasize that ISIS, not Iran, is their primary focus. 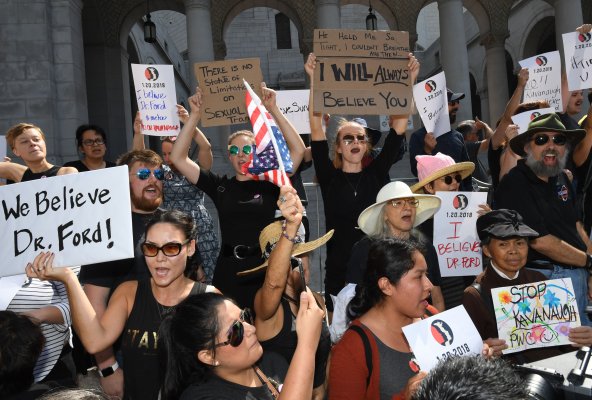