'We'll Be There, I Bet You Won't.' Elderly Voters Taunt Young Americans in New Get-Out-the-Vote Ad

In an effort to get younger people to register to vote ahead of the upcoming midterm elections, progressive group Acronym released a new ad featuring older voters taunting younger Americans about prevalent issues.

The ad, titled “They’re doing fine, are you?,” features elderly white men and women using profane language and mocking younger people for not voting. In the ad, the elderly voters sarcastically implore that younger voters stay home on Election Day so that things remain the same.

“We’ll be there, I bet you wont,” one senior says. “Because we’re a generation of doers not whiners and we’re doing great.”

The ad – part of Acronym’s Knock the Vote campaign – plays on the fact that younger Americans are less likely to show up to the polls compared with older voters, according to Pew.

Over 800,000 people registered to vote ahead of the midterms on this year’s National Voter Registration Day, surpassing the previous record set in 2016.

The original version of this story misstated the name of the group that released the “Don’t Vote” ad. It is Acronym, not Knock the Vote. 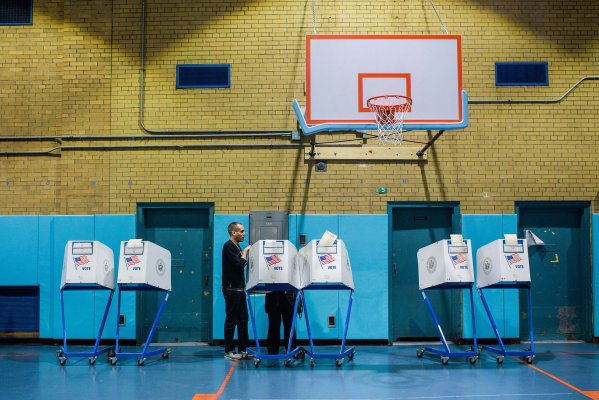