For the Oct. 15, 2018, TIME cover on the impact of Christine Blasey Ford’s testimony and the significance of her voice, we used Ford’s words to create her portrait. As Haley Sweetland Edwards writes in the accompanying story, “the moment Dr. Christine Blasey Ford walked into the Senate Judiciary Committee hearing, raised her right hand and swore to tell the truth, it was clear to millions of Americans that something momentous was about to unfold.”

“This particular process is like putting a jigsaw puzzle together, but with an infinite number of possibilities,” says Mavroudis. “I started with an image of Ford and then drew the words in where they might be appropriate.”

“The memory quotes would be attached to her forehead area, and the quotes about wanting to help I placed on her hand. The hand could be seen as welcoming, but also deflecting,” Mavroudis said. “It’s a fascinating process to watch the face take shape, while hoping that you’ve captured the essence.”

It’s the second time in TIME’s history where the cover image featured a portrait created through typography. An Oct. 15, 2012, cover of President Barack Obama and Republican candidate Mitt Romney featured their portraits made up of statements coming from their respective campaigns. 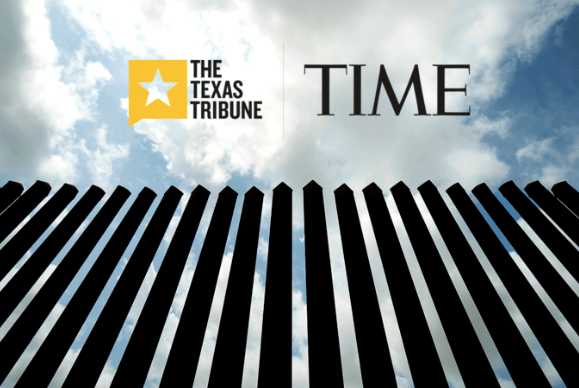 TIME Journalists Are Heading to Austin for the 2018 Texas Tribune Festival
Next Up: Editor's Pick