Drinking More Than Three Times a Week May Harm Your Health, Study Says

Decades-old advice about alcohol has recently come under fire, with two recent studies suggesting that even a moderate drinking habit may raise the risk of early death.

The latest study, published Wednesday in the journal Alcoholism: Clinical & Experimental Research, finds that drinking lightly four or more times per week may raise the risk of early death, even though that amount of drinking is consistent with federal guidelines. (The researchers defined “light” drinking as having a drink or two per sitting. The CDC and other federal agencies recommend moderate drinking — no more than a drink per day for women or two per day for men — for people who imbibe.) Light drinkers who imbibed four or more times per week had a roughly 20% higher risk of dying during the study period than those who drank three or fewer times per week, the study found.

“The cutoff seems to be that we shouldn’t drink more than three times a week,” says study co-author Dr. Sarah Hartz, an assistant professor of psychiatry at the Washington University School of Medicine in St. Louis. “The frequency of drinking does matter, in the same way that taking a medicine matters. If you take a medicine once a week, it impacts you differently than if you take a medicine every day.”

Hartz’s paper follows a large research review on alcohol published in The Lancet in August. That paper came to an even more drastic conclusion: Its authors wrote that the safest level of drinking is none at all, citing heightened risks of health problems ranging from car crashes to cancer.

Why the sudden shift in expert recommendations? Hartz says the change has actually “been on the horizon for a while now. There’s an accumulation of evidence that’s starting to turn people toward that belief. It’s kind of against the ‘glass of red wine a day’ recommendation.”

For the study, Hartz and her colleagues drew on data from the National Health Interview Survey (NHIS), as well as medical records from Veterans Health Administration (VHA) patients. The NHIS sample was representative of the total U.S. population, while the VHA group was older and mostly male. Together, the datasets gave the researchers observational insights about health, diet, drinking and mortality from almost 435,000 people ages 18 to 85. Their health and survival was, on average, tracked for between seven and 10 years.

In the NHIS sample, which included more than 340,000 adults, roughly 40% of people said they didn’t drink, or used to drink but stopped. About 86% of those who said they currently drink reported consuming only a drink or two per sitting, regardless of how frequently they drank.

The researchers chose to focus on this level of drinking because, unlike heavy drinking, it is typically thought be safe and potentially even beneficial — particularly for heart health. But, as the study results suggest, that may not be the case past a certain point.

In the NHIS group, having a drink or two about three times per week was associated with the lowest overall risk of mortality — even compared to those who drank less than that. But beyond that point, each additional drinking session was associated with a higher risk of death, the researchers found. Similar trends were observed in the VHA group.

Individual risks associated with drinking vary. For example, the study showed some heart-health benefits associated with light drinking, but a higher risk of cancer associated with virtually any amount of alcohol consumption — both of which are consistent with past research on drinking. Based on that cost-benefit analysis, a physician would likely have a different recommendations for a patient with a family history of heart disease versus cancer.

Still, when it comes to making population-level recommendations, Hartz says the data suggests that even light drinking comes with risks. That doesn’t necessarily mean you have to abstain to be healthy, just that you might want to reframe your thinking about alcohol, she says.

“I drink recreationally, and my main take-home is that I can’t think of it as a healthy behavior,” Hartz says. “This isn’t like smoking, where you should immediately quit. It’s bad for you, but we do a lot of things that are bad for us. Just don’t fool yourself into thinking this is a healthy behavior.” 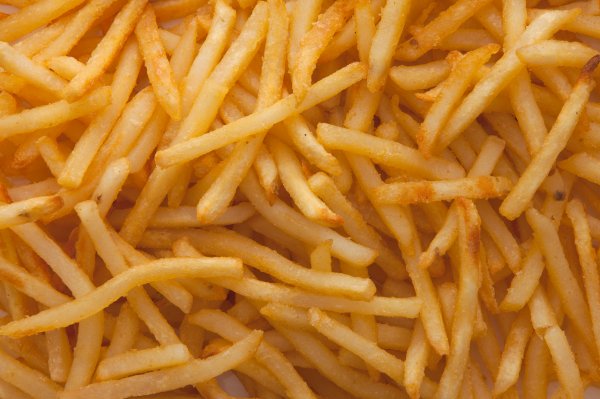 Almost 40% of Americans Eat Fast Food on Any Given Day, Report Says
Next Up: Editor's Pick