President Donald Trump on Tuesday attacked Dr. Christine Blasey Ford, who has accused Supreme Court nominee Brett Kavanaugh of sexually assaulting her when they were teenagers, for not remembering certain details about the alleged incident.

Blasey Ford accused Kavanaugh of groping her and pinning her down on a bed during a gathering in Maryland in the 1980s, a charge Kavanaugh has denied. During her testimony in front of the Senate Judiciary Committee last week, Blasey Ford testified that she couldn’t remember some details of the alleged assault, including where the gathering was held and how she got home.

Trump, who called Blasey Ford “very credible” in the days after her testimony, turned around and used those memory gaps to attack her credibility. But experts on memory told TIME that trauma victims typically don’t remember every single detail of a distressing event.

“We’re not saying that her memories of Brett Kavanaugh are correct. Can we be 100 percent sure of that? Maybe, maybe not,” says Phillip Zoladz, an associate professor of psychology at Ohio Northern University who studies stress’ effect on the brain. “What we can be sure of, the characteristics of her memories — what she’s reporting — are consistent with what we’ve seen in science.”

During a traumatic event like assault, chemicals like norepinephrine and cortisol cause the brain to focus on what it considers to be the most important and central details of the event.

But smaller details surrounding the trauma — often referred to as “peripheral details” by scientists — may not be stored by the hippocampus, which turns short-term memories into long-term memories, explains Jim Hopper, a teaching associate at Harvard Medical School who studies the impact of sexual assault on the brain.

“When stress or fear or trauma kicks in, the brain shifts into a mode when the hippocampus goes into a super-encoding mode, in which those central details really get burned in and the peripheral details are lost,” Hopper says.

Blasey Ford — a professor of psychology at Palo Alto University and research psychologist at Stanford University — explained this science during her testimony when asked how she was sure it was Kavanaugh who assaulted her.

“Just basic memory functions and also just the level of norepinephrine and the epinephrine in the brain that sort of, as you know, encodes — that neurotransmitter that codes memories into the hippocampus and so the trauma-related experience is locked there whereas other details kind of drift,” Ford said.

Later in the testimony, she said her most vivid memory of the alleged incident was the “uproarious laughter” of Kavanaugh and friend Mark Judge, whom Blasey Ford says was in the room at the time. Judge has said he has no recollection of the event.

“Memory is not like a tape recorder,” Zoladz says. “There are certain things during the event that her brain probably honed in on and appraised as important — a couple of boys, being pushed down, having a hand put over her mouth, the loud music … Her memories are very consistent with what you’d expect someone to remember about a trauma.”

A study published last month in Frontiers of Psychiatry found that women who were victims of sexual violence were more likely to form vivid memories — including sensory and contextual details — of their most stressful life event than women who did not experience sexual violence. Most sexual assaults happen between ages 12-34, according to the Rape, Abuse & Incest National Network, or RAINN.

“Women of that age have had very few if any sexual encounters before. So the novelty of being physically close to a man coupled with the fear creates a memorable experience. It comes as no surprise then that the memories are especially vivid,” says Tracey Shors, a distinguished professor of neuroscience at Rutgers and the co-author of that study. “Also, thinking and rehearsing the memory over and over again makes yet more memories in the brain, making it that much more difficult to forget.”

Sexual assault allegations are incredibly difficult to adjudicate in criminal court, and many cases pit one person’s recollection of an event against another’s. Memories are also fallible, often decaying and changing over time. But Hopper cautions against dismissing a sexual assault survivor’s credibility because they can’t remember every single detail of an an alleged attack. “Would you say this about a soldier who is having difficulty reporting what happened when his buddy got killed in that firefight?,” he says. 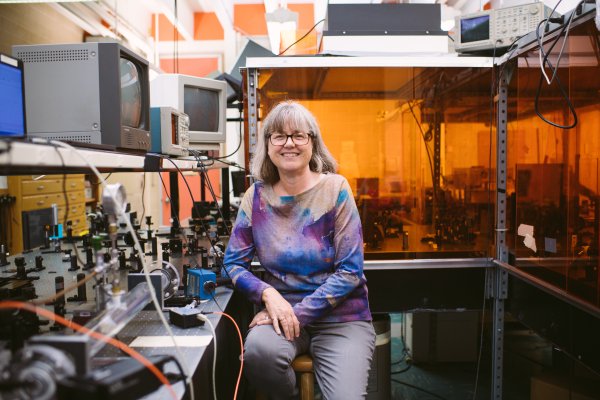 Nobel Laureate Donna Strickland on the Challenges for Women in Science
Next Up: Editor's Pick