The Times reported that President Trump received $413 million from his father Fred Trump over the span of decades, mostly through tax dodges that may have been illegal. The story, which TIME has not been able to independently verify, contradicts Trump’s claim that he is a self-made billionaire who built his real-estate empire from a $1 million loan from his father that he paid back with interest.

“The Tax Department is reviewing the allegations in the New York Times article and is vigorously pursuing all appropriate avenues of investigation.” James Gazzale, spokesman for Department of Taxation and Finance, told Bloomberg.

“There was no fraud or tax evasion by anyone,” Harder said in a statement. “The facts upon which the Times bases its false allegations are extremely inaccurate. All estate matters were handled by licensed attorneys, licensed CPAs and licensed real estate appraisers who followed all laws and rules strictly. All matters were filed with the IRS and New York taxing authorities. The returns and tax positions that the Times now attacks were examined in real time by the relevant taxing authorities.

The 15,000-word Times report details years of “tax schemes, including instances of outright fraud that greatly increased the fortune (Trump) received from his parents.” The story claims that Trump and his siblings helped set up sham corporations to disguise millions of dollars in gifts from their parents and that Trump helped formulate a plan to undervalue his parents real estate holdings by hundreds of millions of dollars.

All in all, the report concluded, Fred and Mary Trump transferred over $1 billion of wealth to their children, which should have produced a $550 million tax bill under the 55% tax rate. But, the report says, the Trumps only paid a total of $52.2 million, which is only 5%.

The Times said Trump is not likely to be criminally prosecuted for the reported tax evasion because of the statute of limitations but that there is no time limit on civil fines or tax fraud. 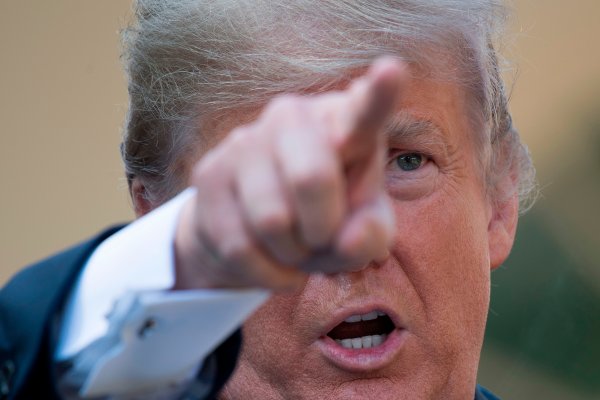 Trump Says It's 'A Scary Time for Young Men'
Next Up: Editor's Pick